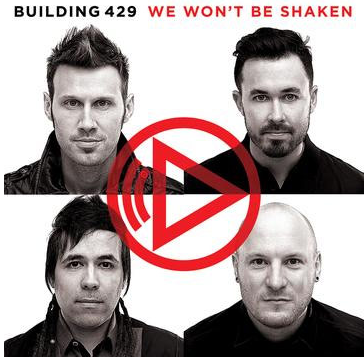 The group’s frontman, Jason Roy, took home the top honor for Christian Song of the Year due to the enormous success of the hit single, “Where I Belong.” The song was co-written by Roy and award-winning producer/songwriter, Jason Ingram, and became Billboard’s Christian Song of the Year in 2012 and was the longest running No. 1 single in Billboard’s NCA chart history at fifteen weeks.

Building 429 was also honored with opening the night’s festivities, where the band delivered a memorable performance of “Where I Belong.”

“This award is just another way that God has shown an incredible amount of favor to Building429 in a year that has been amazing to say the least,” says Roy. “It was a privilege to share the stage with Stephen Curtis Chapman and Brandon Heath to perform at the ceremony for a room full of prolific hit writers, and a memory we will not soon forget. We also count it an honor to carry the banner of BMI Song of the Year as we continue to expect even greater things as our new record, We Won’t Be Shaken, begins to take flight. Thank you to BMI and all the incredible staffers, writers, artists, and publishers represented last night.”

Building 429 has just wrapped up a five-week promo tour in support of its latest project, We Won’t Be Shaken, which debuted last week at No. 1 on Billboard’s Christian Albums Chart. The title track is the new single and is already No. 6 on the Billboard NCA chart, No. 3 AC Indicator chart, and No. 2 Hot AC/CHR chart after only three months of radio airplay. We Won’t Be Shaken is still garnering strong media support with Billboard Magazine saying, Mixing thoughtful ballads like “Set A Fire” with raucous uptempos like “Revolution,” the band delivers a powerfully inspiring collection. Fans will be able to hear these inspirational songs on an upcoming SiriusXM appearance, while Building 429 is the cover feature this month for CCM Magazine and will be the cover story for iBelieve Magazine next month. Other upcoming press coverage includes a Christian Post interview and Parenting Teens story in the September issue. 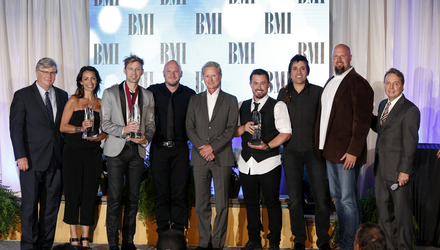 Building 429 will have a busy touring season throughout the rest of the year with several upcoming festival dates that include, Creation Northeast, Spirit West Coast, LifeLight Festival, and Night of Joy at Disney World in September.

For additional tour updates and information on Building 429 please visit online at www.building429.com; www.facebook.com/building429, and @building429.