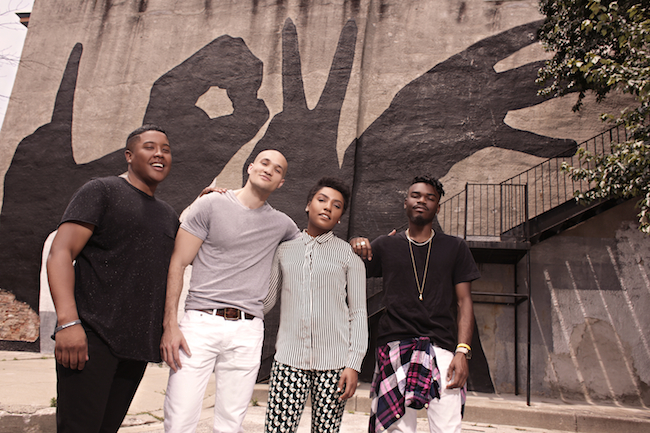 The topic of diversity is on the lips of many these days. The brand new ensemble, withLove, knows diversity first hand. The Christian band, based out of Baltimore, consists of members of all different races and musical genres.

What makes these millennials unique is their focus on love. The theme resonates throughout the five-some’s self-titled debut release. withLove, an 8-song CD, is a musical collage of Christian music flaunting genres like contemporary Christian music, praise and worship, rock, jazz and pop. The project is currently available on Bandcamp and will be available for purchase on iTunes, Amazon, Google Play and other digital retailers on the official release date of Saturday, October 15th.

Those desiring to experience the band up close and personal are welcome to join them at their release concert. The withLove Album Release Concert will be held on the 15th at 8PM at GenXaret (9104 Red Branch Rd., Columbia, MD 21045). Tickets are $25 and include a physical copy of the new project. The group invites attendees to enjoy an in-depth creative experience with an evening of music and worship. The concert will also feature music from Awaken Wells, poetry by Canden Webb from Tru Voices DC, and dance by Chelsea Green & Company. The event will be hosted by Larry Mack. Log on to www.withlovemusic.org to purchase tickets. 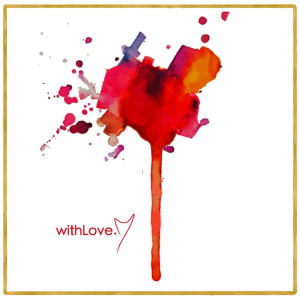 The evening gives the band an opportunity to debut new music from withLove. Produced by the group’s leader, David Warren, the CD showcases great musicianship and flawless vocals and celebrates the group’s musical unity. Songs like the kickstarter, the rock-influenced “Maker”, remind the listener of the beauty of God while “After Your Heart”, a country-tinged track speaks on pursuing the heart of God. “Sinking”, one of the jewels on withLove, radiates peace and serenity and finds the lead vocalist singing about the depths of the love of God in this moving ballad. “Sinking” gets a reprise with an urban groove-driven arrangement.

“My Heart Cries Out”, another stand-out, features bold instrumentation as does the pop-flavored jam, “Worth It All”. Many will enjoy the sounds of “Something Beautiful”, a song about what our lives would look like if we became all that God created us to be. Destined to be sung by congregations, “Set Us Free” is a fresh, praise song about God giving His children liberty. Warren, also principle songwriter, closes out the record with a “Love Note” as an excerpt from 1 John 4, a message that is close to his heart and the premise of the group. In addition to releasing the project, the group has released two concept music videos for “Worth It All” and “My Heart Cries Out”.

David Warren is thrilled about the new project and the group. For him, it’s a dream come true. He always had aspirations of bringing a unique blend of worshippers together. He found it in Stephen Waddy, Lana Matthews, Lauren Jenkins and Jordan Williams. Along with David, the group creates an amazing musical collective that’s quite different than anything on the Christian music scene today. Warren says, “When I was given the vision for withLove, it was to create a multicultural, diverse worship band that embraces the needs and hearts of communities around the world, especially here in Baltimore. We want to be part of the healing process of our city and across the world – reconciling people’s hearts back to Christ”.

When the group isn’t ministering in song or worshipping together, they are touching the lives of people on the streets. Periodically, they hold “Love Projects” where they engage the community by serving the sick and shut-in and feeding the homeless. They also organize events called “Love Sessions” where local communities can express various artistic talents while withLove jams to their latest songs. The ensemble has taken their ministry abroad and has been on mission trips to the United Kingdom, Romania, Hungary and Turkey. They’ve also been seen on the Christian Television Network and TCT TV and have been featured in Blessed Magazine and on WEAA 88.9FM in Baltimore. David feels that it’s important that withLove provides inspiring music, but even more he wants the group to inspire this generation of believers and non-believers around the world through simple acts of love.