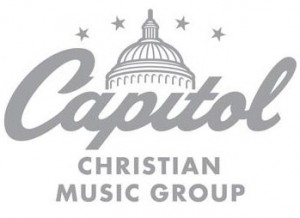 TobyMac added to the whirlwind success of his latest release EYE ON IT, which took home the award for Best Contemporary Christian Music Album. This marks the former dcTalk frontman’s second GRAMMY® as a solo artist and his sixth career win. The award comes after the album’s impressive debut at No. 1 on the Billboard Top 200 and iTunes® Overall Album charts and following his first American Music Award win.

Hailed as one of the most influential songwriters of this generation, Matt Redman picked up his very first GRAMMY® Award as an artist, winning in the category of Best Gospel/Contemporary Christian Music Performance in addition to a second GRAMMY® for Best Contemporary Christian Music Song for his hugely popular hit, “10,000 Reasons (Bless The Lord).” Written by Redman along with songwriter Jonas Myrin, the song made an impressive 16-week run at No. 1 at Christian Radio. Redman is a songwriter for Capitol CMG Publishing and Jonas Myrin for Hillsong/Shout Publishing.

“We are so grateful and excited to see the work of our artists honored at this year’s Grammy Awards,” comments Peter York, President, Capitol CMG Label Group. “Our sincere congratulations to TobyMac and Matt Redman for their Grammys and to all who were nominated from our family of labels. These awards also reflect the collective efforts of many talented songwriters, producers, musicians and the hard working teams who support the careers of these artists. To all, our sincere congratulations!”

“We are very encouraged to be working alongside Steve Barnett and the amazing team he is building at the new Capitol Music Group,” says Bill Hearn, President & CEO, Capitol Christian Music Group. “Being part of this team and with the strength of the Universal Music Group Distribution system we are now in the best possible position to invest in and serve our artists and writers and grow our business.”

Capitol Christian Music Group celebrated historic Billboard Top 200 chart debuts over the past year, beginning with TobyMac’s No. 1 entry with the newly awarded GRAMMY® winning project EYE ON IT this past August, followed by sixstepsrecords/Sparrow Records’ Chris Tomlin’s No. 1 debut in January with Burning Lights. Most recently, 2012 American Idol finalist Colton Dixon’s album entered at #15 on the Billboard Top 200, becoming the highest solo new artist debut on the Christian music chart in the history of Soundscan. Additionally, Capitol Christian Music Group has a strong schedule of major releases this quarter including Jeremy Camp, United, Sanctus Real, and Passion, among others.

About TobyMac:
With over 11 million units in career sales, TobyMac’s career continues on the fast track, with his most recent project, EYE ON IT, garnering him the highest chart debut of his solo career landing at No. 1 on the Billboard Top 200 and topping the iTunes® Overall and Christian sales charts. EYE ON IT received a GRAMMY® award, marking the sixth career award for TobyMac. The music video for the album title’s track received over 500,000 views in its first three weeks. His previous four solo projects have received RIAA Gold certification and his live DVD, Alive & Transported, is certified platinum by the RIAA and received a GRAMMY® award. TobyMac has been nominated twice for an American Music Award, winning his first AMA award in the “Favorite Artist in the Contemporary/Inspirational” category last year whom also swept the 2013 Australian Music Awards. His 2009 album, Tonight received GRAMMY® nods for Best Pop/Contemporary Gospel Album and Best Contemporary Christian Song. TobyMac is currently headlining the Winter Jam East Coast Tour, which runs until the end of March.

About Matt Redman:
Matt Redman’s songwriting is synonymous with integrity and continues to impact churches around the world. Leading a generation of worshipers, his songs have been recorded by Chris Tomlin, Michael W. Smith, David Crowder*Band, Rebecca St. James, Tree 63, Kutless and Passion among others. A key songwriter for today’s church and active worship leader for Passion conferences around the world, Redman has a history of success having garnered eight Gospel Music Association Dove Awards and prior to his 2013 nominations, recently received a GRAMMY® nod for “Best Gospel Song” for “Our God,” featured on Passion: Awakening. Redman’s latest studio album, 10,000 Reasons, is his best-selling album to date and includes his 16-week No. 1 hit single, “10,000 Reasons (Bless The Lord)” with digital track sales of over 250,000. Additionally, Redman has 26 songs in the CCLI Top 500, with six populating the Top 50. Redman recently released his essential collection titled Sing Like Never Before which brings together some of his favorite classics into one compilation album.