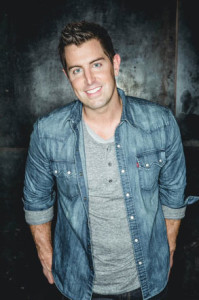 The single went for adds last Friday receiving early adds from K-LOVE and Air1 stations. The single was the most added song at Christian AC and Hot AC/CHR formats receiving 38 adds and debuting on the National Christian Audience chart. Click here to watch the lyric video for “He Knows” and here to purchase the new song.

For more than a dozen years, Jeremy Camp has impacted listeners with his emotional lyrics and strong vocals garnering him 36 No. 1 radio hits across all formats. He has spent his career sharing his story and reaching fans around the globe. This new single comes from the last year after Camp released his autobiography I Still Believe, which spurred more fans to approach him asking how he dealt with losing a spouse. It was those questions that led Camp to pen “He Knows.”

“We all experience different types of hurts and struggles,” shares Camp. “I have experienced major hardship in my lifetime as well. The one thing we can always count on is the fact that even if no one else understands what we are going through Jesus himself has walked the pain and suffering so ‘He Knows.'”

Camp has been writing and recording over the last year with producers Seth Mosely and Ed Cash. More information will be forthcoming about his new studio album releasing in 2015.

This fall, Camp will be hitting the road with new songs in hand on his “Come Alive” headline tour with special guests Kutless and Adam Cappa kicking off on October 3. He will then join the Winter Jam West Coast tour during November with Hillsong UNITED as well as 10 other artists and speakers. His touring will not stop there, as more tours will be announced at a later date for the remainder of 2014 and kicking off 2015. 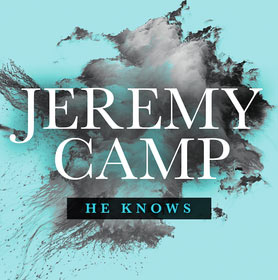 About Jeremy Camp: Capitol CMG artist Jeremy Camp has established himself with landmark accolades throughout his praised 12-year career. Camp has sold more than four million albums including four RIAA Gold-certified albums. He also has a RIAA Multi-Platinum long-form video. At radio, Camp is recognized as a staple artist with 36 No. 1 radio hits across all formats spending more than 175 weeks at No. 1 at radio in his career. His awards and nominations comprise of a GRAMMY®-nominated project, three American Music Award nominations, four ASCAP Songwriter of the Year awards, an ASCAP Song of the Year award, and five GMA Dove Awards including two-time Male Vocalist of the Year and New Artist of the Year awards. Camp was named in Billboard’s Christian Artist of the Decade chart (No. 2) as well as five songs listed in the Top 50 Billboard Christian Songs of the Decade. Adding author to his name, Camp penned his first book and autobiography I Still Believe in 2013 (Tyndale). In 2013, Jeremy founded Speaking Louder Ministries, which provides free crusade-style events and comes alongside local churches or missionaries in the countries where the Gospel needs to be heard. Locations of Speaking Louder Ministries’ trips so far include: Ukraine, Japan, Guatemala and Kyrgyzstan.