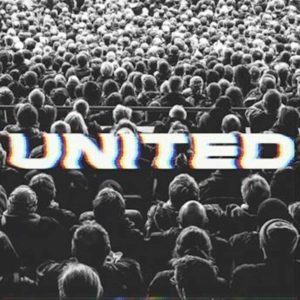 “The only reason we can let go is because God holds us,” says Hillsong UNITED’s Joel Houston. “And not just us, but the very ground that we stand on. Grace owns the ground, the grave, the depths, so we can let go of everything and just trust Him.”

You can listen to the song here and watch it here:

The Australian-based worship collective will return to the United States for the first time in nearly three years for their highly anticipated USA Tour 2019. The arena circuit will make stops in major markets across the U.S. including Atlanta, Ga., Chicago, Ill., Dallas, Texas, Washington, D.C. and New York, N.Y. Comprised of an evolving, eclectic mix of musicians and songwriters, Hillsong UNITED will be joined by special guests Amanda Lindsey Cook and Mack Brock (*lineup to vary by city). Tickets are on sale now at hillsongunited.com.

Undisputedly one of the genre’s most influential artists in the history of contemporary Christian music, Hillsong UNITED has sold more than 4.7 million albums globally and garnered over 3 billion worldwide career streams to date. Their most recent album “Wonder” (2017) rocketed to No. 1 on Billboard’s Top Christian Albums chart and No. 21 on the Billboard Top 200 and set the record for the most streamed album in Christian music history (U.S.) during street week with over 4.6 million streams. The group remains the No. 1 Christian artist on all social media platforms with over 10 million fans combined.