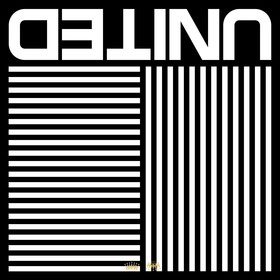 Following arguably the biggest build up ever for a UNITED album release – which included the album cover being launched from space at 95,000 ft – Empires is now available for sale and download.

The launch comes on the back of a busy and successful two months that saw the band perform to 10,000 people in New York’s Central park, appear on NBC’s Today Show in the USA and the Seven Network’s Morning Show in Australia, and finally be named Top Christian Artist at the Billboard Music Awards.

Yet despite their success, not much has changed since UNITED’s first recording in 1998 – they are still primarily members of the worship team in their local church.

Lead Joel Houston said Empires was an “honest” album featuring “songs that seek to listen first, and then with God’s breath speak the good news reality of Jesus and His grace”.

“Empires is the story of two worlds, this broken and fragile world we see here and now, and the unshakeable and mysterious reality of the Kingdom we can’t see,” he explained.

“Touch the Sky” has already become a regular part of the worship service for many churches across the globe with the radio single remaining at the top spot of the iTunes Christian chart.

A recent review of the album on the BREATHEcast website said UNITED “continues to stretch the boundaries of worship music while experimenting and combining progressive sounds of EDM, Synth Pop and Contemporary music.”

“If you are looking for music to meditate and reflect to, this is the album for you,” it concluded.