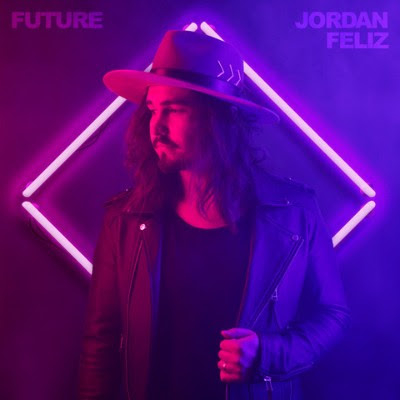 Centricity Music’s Jordan Feliz has officially launched the pre-order for his highly anticipated sophomore album Future, set to release worldwide on March 23. Three gratis tracks: “Witness”, “Faith” and “Changed” are available with each purchase and can be made on Spotify, Amazon, iTunes and on www.jordanfeliz.com.

The Christian pop singer-songwriter’s current single “Witness” is impacting AC radio across the country and climbing the charts. He can be seen kicking off the Winter Jam 2018 lineup in major markets around the U.S., and will be headlining his own “Future Tour” this April in support of his album release.

Jordan Feliz has rapidly become one of Christian music’s major artists since the release of his first EP, Beloved, for Centricity Music in 2015. The success of his first single,” The River,” led to his first Dove Award, with Feliz winning New Artist of the Year in 2016, along with receiving nominations for Song of the Year and Pop/Contemporary Song of the Year for “The River.” The single became a No. 1 hit on several Billboard charts for multiple weeks. Feliz’s full-length album, The River, debuted at No. 4 on Billboard’s Christian Albums chart in 2016. The album’s two singles, “Beloved” and “Never Too Far Gone,” both achieved Top-10 Status on Billboard’s Christian Airplay Chart.

His current single “Witness” is a Top-15 hit and climbing. Listed by Nashville Lifestyles Magazine as “One To Watch”, Feliz has toured with such major artists as Michael W. Smith, for KING & COUNTRY, Steven Curtis Chapman, TobyMac, and Matthew West, and he’s currently performing on the Winter Jam circuit. His sophomore album, Future is set for release in March.