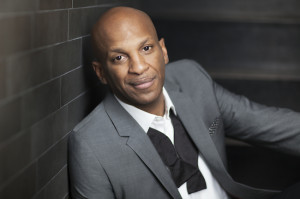 The public health system has benefitted from a donation of medical supplies valued at approximately $67.5 million from International Gospel Recording Artist and Pastor, Donnie McClurkin, through his Perfecting Faith Ministries.

Minister of Health, Hon. Dr. Fenton Ferguson, who received the supplies during a ceremony at the Court Leigh Hotel in Kingston on Monday, June 2, expressed appreciation on behalf of the Government and people of Jamaica.

As a result, Health Minister Dr. Fenton Ferguson received the donation, which amounts to over $6 million in Jamaican dollars, during a press conference and expressed appreciation on behalf of the government while noting that the supplies will be distributed on a demand basis to hospitals and health centers across Jamaica.

“Medical missions like yours have saved us millions over the years,” Ferguson said to McClurkin, according to the Jamaican Information Service. 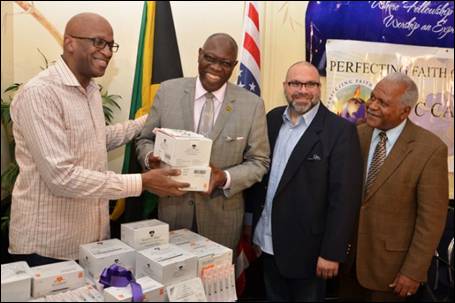 Ferguson also explained that there are only 24 public hospitals and over 300 primary health care facilities in the island that provide care for 2.8 million people.

While he accepted the donation of syringes, medication, surgical tools and equipment, Ferguson mentioned that McClurkin’s donation amounted to 20 to 30 percent of the health ministry’s budget, which is down from about 80 percent three years ago.

“This year we have a current budget somewhere in the region of $34.7 billion. But, even as we have that budget, there are still significant gaps in our ability to respond to the needs of our people,” said Ferguson.

In previous years, the Jamaican government has saved over $600,000 due to contributions from medical missions. In 2013, nearly one million was saved from over 200 missions.

“When we look at those figures for the past two years we realize right away that this particular donation is very significant coming from a single group,” said Ferguson, referring to McClurkin’s donation.

McClurkin, who said the act of kindness was made simply because he loves the island and its culture, has been known to make large contributions to humanitarian causes in the past.

In 2010, he decided to donate all funds from his 50th Jubilee Gala Celebration to the Haitian earthquake relief efforts of Feed The Children, World Vision and Operation Compassion.

McClurkin’s donation to Jamaica was made in partnership with his New York-based congregation, Perfecting Faith Church.