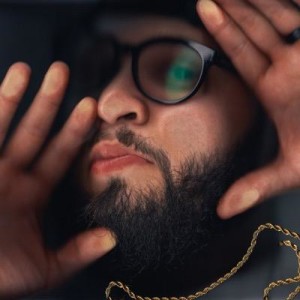 The new full-length album, available now for pre-order across iTunes, Amazon, and Google Play is currently #3 on iTunes Hip-Hop/Rap Charts and ranks top ten on iTunes overall charts. Fans who purchase the pre-order will receive an instant grat download of the first single “Uncomfortable.”

Devoted fans can also enjoy the Extended Experience via Instagram, where they will be able to explore an immersive website via Instagram’s tagging feature to see behind-the-scenes content for the new Uncomfortable single, as well as the other thirteen tracks on the album.

Uncomfortable, produced by !llmind (J.Cole, Drake, 50 Cent) is the follow-up album to Mineo’s previous project entitled Never Land, which debuted at number one on iTunes, selling over 25,000 digital albums its first week. The official video for “You Can’t Stop Me” off Never Land has been viewed over one million times on YouTube and the single has sold over 90K units.

With the support of music heavy-hitters such as Grammy-Award winning artist, Lecrae, MTV journalist and music expert, Rob Markman and acclaimed producer !llmind, Mineo announced this new project through a timed release of behind-the-scenes video clips across social media. The final video, the official cover announcement, was shared with eager fans via Mineo’s social channels. The full video can viewed at andymineo.com.

For more information on Andy Mineo visit andymineo.com or connect with @andymineo on Twitter, Instragram and Facebook.