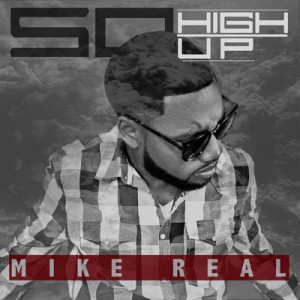 Mike REAL was born and raised in St. Louis, Missouri. He was the only child reared by a single mother until the age of 12. During his teen years he grappled with the typical teenage vices. “As a teenager I struggled with the validity of Christianity. I didn’t think any of the stuff I was doing was wrong,” he explains. When he was a sophomore in high school, he felt God beginning to draw him. The next few years would become blurry as he tossed to and fro between the cares of the world and following God. It was not until the age of 19 when the direction of his life became clear. “I was driving home from a friend’s house and was overwhelmed with conviction. I repented of my sin and God saved me that night in my car,” he recalls.

Influenced by hip-hop culture and a lover of rap music, Mike REAL began his music ministry with Christian hip-hop. He has been serving his local community with Christian rap music since 2006. He also featured on two albums by Lamp Mode recording artist, Json.

In 2013, Mike REAL was approached for a collaboration by Christian hip-hop artist, Flame. He appeared on two songs on Flame’s album Royal Flush, including the performance hit “Sanctuary.” “Mike REAL and I are both from St. Louis. I have known him for several years. He has always been someone who was genuinely committed to the Lord and committed to using his talent to reach people with the gospel. I was very excited to partner with him in ministry,” Flame comments. In 2014, Mike REAL became a feature artist on the Clear Sight Music compilation album titled, Jesus or Nothing, appearing on tracks “King of the World”, “The Immortals”, “Houses & Cars”, and “Carry Me.” Throughout the years he has performed in various cities in addition to being a part of SXSW and the Black Out Circuit tour.

Mike REAL is the latest signee to Clear Sight Music. He is dedicated to using his gift and platform to give to others what Christian Rap gave to him. “I grew up on cats like the Cross Movement, Flame, Json, Thi’sl, Shai Linne, and Timothy Brindle,” he states. “They really helped me in my walk with God and had music that not only edified and convicted me, but encouraged me as well. I want to provide that for this generation.”

Mike REAL will be releasing his debut album with Clear Sight Music early next year.