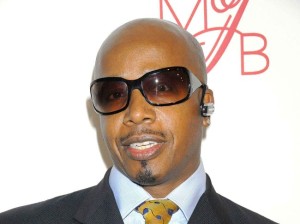 He is best known for his hit rap songs “U Can’t Touch This” and “2 Legit 2 Quit”.  M.C. Hammer  is the first artist to gain diamond status for an album and has sold 50 million records throughout his lifetime.

He is remembered for a rapid rise to fame, flashy dance moves, choreography, and his trademark parachute pants. His superstar status and entertaining showmanship made him a household name and hip-hop icon in the 1980s and 1990s. He was also a TV producer, television show co-host, and is the head of his own music management firm. A self-described “super-geek”, he is currently either investing in or consulting for eight technology companies. He was one of the first celebrities to embrace social media and spends 10-12 hours daily working on his technology projects.

He grew up in a Pentecostal church, however, he admits that he strayed from the faith during the years of his success. Even during this period of backsliding though, he promised to dedicate one song to God on each of his albums, and one of his most popular singles was the song “Pray.” However, it took a bankruptcy, a fall from favor in the music industry, and what he calls a bout of “official backsliding” to turn him back to the church, Jesus Christ, and a commitment to preach.

He has since been ordained in the Church of God in Christ, preferring smaller pulpits “where they don’t expect to see someone famous.”

He says, “I am honored that Jesus has taken a wretch like me and said I got some work for you to do.” Today, he devotes his time to prison and youth ministries. His name is Stanley Kirk Burrell, but he is better known as M.C. Hammer, and he now says that “M.C.” stands for “Man of Christ.”

[…] 2013 article in Christian publication Path journal explained his journey from lavish rapper to gentleman of faith. His “official […]

[…] 2013 article in Christian Publications path The magazine chronicled his journey from gorgeous rapper to man of faith. His “official […]

MC Hammer Helped This NFL Star Get Signed With a Team

[…] 2013 article in Christian Publications path The magazine chronicled Hammer’s journey from gorgeous rapper to believer. His […]

[…] 2013 article in Christian Publications path The magazine chronicled his journey from gorgeous rapper to man of faith. His “official […]