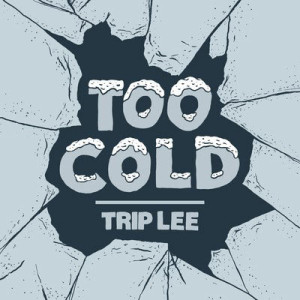 Acclaimed hip-hop recording artist, author and founder of BRAG ministry, Trip Lee, releases his new single “Too Cold” today via Reach Records. Available digitally to stream and purchase across all Digital providers, “Too Cold” is the first taste of new music from Trip Lee since the release of his fifth LP Rise which debuted at #2 on the Billboard Rap chart and #16 on the Billboard 200.

Produced by GAWVI, “Too Cold” is a melodic and bass-heavy anthem about the importance of boldness and standing firm in one’s faith. “One time for my soldiers/Two times for ya’ll that got that cross on ya’ll shoulders, we ain’t gon’ let the world mold us.” The record will appear on Trip Lee’s forthcoming mixtape, The Waiting Room, which is set for release on December 9. Further details on the mixtape will be announced in the coming weeks.

On Sunday, November 20 at 10a/9c, Trip Lee will make a guest appearance on BET’s nationally televised show, Lift Every Voice, hosted by Fonzworth Bentley. For more information on Trip Lee, be sure to visit BuiltToBrag.com