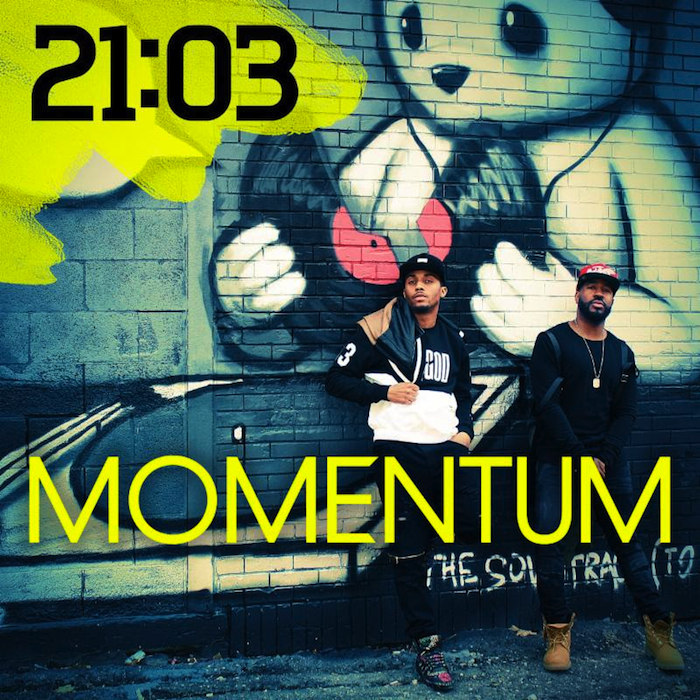 Fresh from their #1 Billboard charting debuting EP Outsiders (2015), and appearances on the Allstate Gospel Superfest on TV One and the farewell season of BET’s Bobby Jones Gospel, the group is introducing a new sound, new image and creating a new movement. In addition, group member Evin Martin garnered a Grammy nomination for “Best Arrangement, Instrumental, or A Cappella” at this year’s Grammys for his work on “Bruno Mars” a song by Vocally Challenged.

MOMENTUM is the group’s first foray into the CHH/Christian Rap world. The EP/album is produced by PAJAM, and co-produced by their new hot upcoming producers, Golden Boi, Streets McKinley and others. The project is a blend of their familiar melodic phrasings paired with their penchant for dynamic truth filled lyrics and hard hitting production.

Group member Evin says “We are fully committed to using every gift God has given us, whether we are singing, rapping or dancing, the message is the same. Jesus is the hope of the world and God is the plug!” Member Torrence Greene adds, “It’s open door season. It’s time to attempt things you wouldn’t normally. It’s go time!” 21:03’s original song and remix for “Nobody Bigger” and it’s accompanying video have already become a fan favorite and received rave reviews on RapZilla.com.

MOMENTUM is available for pre-order on Apple iTunes now. Fans will receive instant gratification with the unlocking of three tracks when they pre-order.

The track listing for MOMENTUM is as follows: