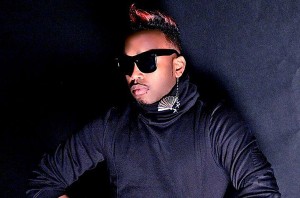 The artist formerly known as TONEX, is still able to tear a church up through song. Now going by the name of B-Slade, the Gospel turned secular artist recently did a Gospel cameo caught on a cell phone video.

At his uncle’s funeral, the singer sung Donnie McClurkin’s “Stand,” showcasing the talent that made him a household name in Gospel.

Now struggling as a secular singer, B-Slade has upset the majority of his fan-base by moving to a homosexual lifestyle and verbally scorning the industry that the singer was once so passionate about.

In 2008, TONEX shocked the world when he announced on PATH that he was no longer a Gospel artist, and that he had been dropped from his label Verity Records.

In 2011 Path MEGAzine publisher Kris Patrick caught up with the reformed B-Slade that announced his belief that people are born homosexual. In that exclusive interview the singer lashed out at critics that were calling him a backslider.

Today B-Slade still sticks to his Christian faith saying he’s, “Not on the devils’ side, and hasn’t lost his faith.”

It’s believed that this is B-Slades’ first public Gospel performance in 2 years. Watch it below, and watch PATH’s exclusive interview with the artist formerly known as TONEX by clicking here.

No one can deny that this brother has talent. However the lifestyle that he chooses to live is in no way glorifying God. We as Christians must continue to pray that God will turn this brother around and set him on the correct path back to righteousness.

It’s a shame that the brother is waisting his talents. I’ll continue to pray for him.