B. Slade (Formerly known as Tonex) just released a “dis-track” to his Christian haters on Facebook.

The outburst by B-Slade happened as a result of his performance at the famed Love Center Ministries in Oakland, CA. The service honored Kurt Carr and Lynette Hawkins-Stephens for their contributions to Gospel music.

When B-Slade’s performance of Lynette Hawkins’ “There’s A War Going On” streamed LIVE, the comments from social media varied from support to disgust. Slade’s clothing attire, dance moves, homosexual lifestyle, and mere presence in a church pulpit were heavily scrutinized. 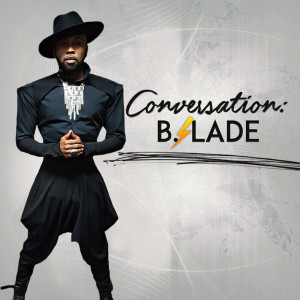 Tonex fell out of favor with many believers after announcing on the Lexi Show that he was gay. He later stirred up more controversy when he exclusively told Path MEGAzine publisher Kris Patrick that being gay wasn’t a sin calling it a “disposition that a lot of people are actually genetically given.”

Moving on under a new name (B-Slade) has focused on his secular ambitions the last 7 years. Performing secular songs and producing tracks for secular and Gospel singers.

In Oakland, many didn’t have a problem with B-Slade’s dance moves and clothing choices, but the “Make Me Over Again” singer decided to make a song titled “Conversation” to address people who disagreed with his performance. The track was done over a Beyonce beat and of course in true B-Slade fashion, he didn’t hold back.

Take a listen to “Conversation” below:

My advice to B-Slade is to stop reading social media. Antagonizing the Christian base is not going to help you get into anymore pulpits if you hope to maintain some kind of viability within the Gospel community.

So what do you think about B-Slade’s performance?

-Contributing Source: Faith in the Bay