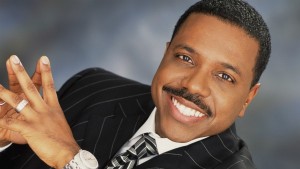 Dollar, recently completed a three-month, pre-trial intervention program that allowed him to avoid court. He was required to enroll in an anger management program, report to a probation officer and pay $1,072 in court fees, the solicitor said.

The pastor of World Changers Church International has no history of such incidents, and the victim, Dollar’s 15-year-old daughter, didn’t want to see him charged, Inagawa said. The program was used in 128 cases last year, he said.

“Those are among a number of factors we considered,” the solicitor told The Atlanta Journal-Constitution.

Fayette County sheriff’s deputies responded to the Dollars’ home June 8 after his daughter told a 911 operator he had punched and choked her.

“It was not the first time it’s happened, ” the girl, whose name is being withheld because she is a minor, said in an audio recording of the 911 call.

The incident report alleged that Dollar choked his daughter for about five seconds with both his hands before grabbing her by the shoulders, slapping her, then throwing her to the ground.

Dollar, speaking to his congregation two days after the incident, denied the accusations.

“She was not choked, ” Dollar said. “She was not punched. The truth is, a family conversation with our youngest daughter got emotional. Things escalated from there.”

Creflo’s daughter was upset that she couldn’t go to a party.  After the altercation Dollar was arrested and released on $5,000 bail.  He admitted to “spanking” his daughter, according to a police report by the Fayette County Sheriff’s Office. He told a deputy that after she became disrespectful, he tried to restrain her. When she began to hit him, that’s when he reportedly wrestled her to the floor and spanked her bottom and back of her legs.

Dollar’s daughter showed no physical signs of injury when examined by police.