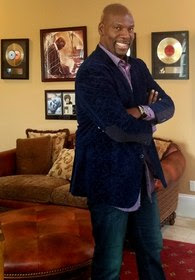 FULL TANK 2.0 has captured a spot on the Stellar Gospel Music Awards First Round Ballot for Instrumental CD Of The Year. Tankard is on the ballot for what could be his 15th Stellar Award for Best Instrumental Record. Stellar Award SAGMA members can now vote for their favorite Gospel artists of the year including the pioneer and Godfather of Gospel Jazz Ben Tankard. Songs from his FULL TANK and FULL TANK 2.0 Smoothjazz releases have been in the Top 5 on Billboard’s Contemporary Jazz charts for a consecutive two years!

Ben Tankard has also signed a monster of a book deal with Hachette / FaithWords Publishing who also publishes Joel Osteen, T.D. JAKES and Joyce Meyer. His new book, The Full Tank Life, is an inspirational read offering of wisdom for a fuller life releasing in 2016.

As the tank continues to overflow, Tankard has also been super busy finalizing development of his FULL TANK Clothing Line for XL sized guys and a new endorsement with designer Robert Graham. And of course, the buzz keeps growing about his hit reality TV show Thicker Than Water: The Tankards, which has gained millions of fans in their first two seasons.

Log on to BravoTV.com for updates. Everyone is waiting and anticipating a wild and whacky Season 3!