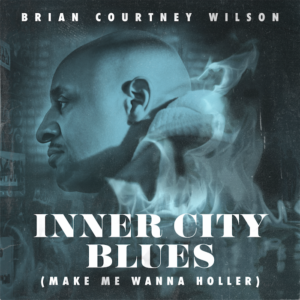 Recorded last year for a special Motown Records 60th celebration, Wilson will re-release an extended version of the song as a response to the current movement for change, and justice. As relevant today as it was almost 50 years ago, “Inner City Blues,” remains a powerful declaration against the injustices and police brutality that face the Black Community.

Wilson is a modern-day, soul singer (“Worth Fighting For,” “A Great Work,” “All I Need,”) who profoundly feels the impact of today’s current events, and this song holds as much meaning to him today, as it did to those who first heard Marvin Gaye’s impassioned vocals. Lyrically, the song is an indictment on the widening gulf of inequality, racial instability, and social hardship that was prevalent then and continues now. Wilson delivers them with just as much potency.

In conjunction with the release, Wilson performed the song for the Texas Chapter of the Recording Academy for their Facebook Live “Healing Together: Conversations and Music” event in support of MusiCares.

Brian also launches a new conversation series on Instagram and on the Houston-based Amazing 102.5 radio station called “Breathe Again with Brian Courtney Wilson.” This series will feature ministry leaders, mental health clinicians, artists, and community activists to focus on moving past the pain of injustice and loss. Focusing on encouraging and empowering positive esteem within the Black community, “Breathe Again,” will offer constructive and worthwhile conversations for these unprecedented times.

“It’s important to me to make an impact on my community, and all communities where it is needed,” said Wilson. “I believe collectively we can repair the breaches – racial injustice, poverty, access to healthcare, pay disparities – that continue to separate our communities.”

“Breathe Again” will premiere tonight, Thursday, July 23 at 7:00pm EST on Instagram Live @BrianCourtneyWilson with Pastor Juanita Rasmus, co-pastor of St. John’s United Methodist Church in Houston TX, and author of the upcoming book “Learning To Be.” The weekly radio show will premiere on Sunday, August 2, at 12:30 pm CST.