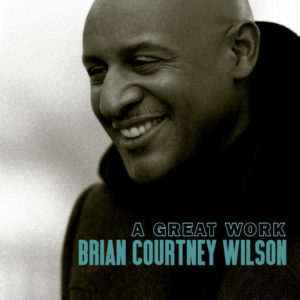 The new album from GRAMMY®-nominated singer/songwriter Brian Courtney Wilson, A GREAT WORK, is available today for pre-order across all digital platforms in advance of the March 23 street date. Fans who pre-order the album via iTunes will instantly receive the album’s lead single and title track, as well as the upbeat “Increase My Faith.”

One of the most highly regarded singers in Gospel music today, Wilson reached a pinnacle in 2016 with his hit song “Worth Fighting For,” which touched audiences around the globe. His return this year with A GREAT WORK marks a continuation towards message-oriented and celebratory music. With a range of tempo, styles, and sounds, as well as purpose-driven lyrics, A GREAT WORK is a celebration of culture, faith, and community.

The anticipated release of the album follows the growing buzz around the title track and first single, “A Great Work.” In just a few short weeks since its debut at gospel radio, the single has made an immediate impact, currently sitting in the top 30 and continuing to rise.

Along with today’s pre-order opportunity Brian also launches #GoBeGreat on social media. A perfectly timed campaign, Brian invites fans to upload photos of special people in their lives that deserve to be celebrated. Share your story here: and post on socials using the hashtag #GoBeGreat.

Fans can pre-order A GREAT WORK today via all digital outlets, as well as through a special fan-only web store, featuring a special vinyl edition of the new album and Go Be Great t-shirts at AGreatWorkPreorder.com