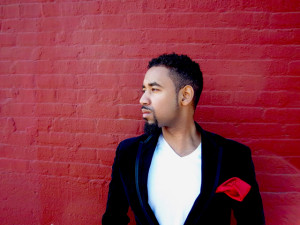 Dove and Stellar Award nominated gospel artist Bryan Andrew Wilson has cracked the Gospel Top 40 with his hit “Turning Away.” The heartfelt tune about redemption and emotional-revival comes in at #39 on this week’s Nielsen BDS survey. The digital single goes on sale on iTunes, Amazon and other digital platforms on Tuesday May 6th.

“This is a strong song, maybe his strongest song to date,” says WNOO Program Director Sam Terry in Chattanooga, TN. “ We’ve gotten calls requesting it but the main thing is the message. It’s a really timely message that people need to hear.” Pat McKay, Program Director of Kirk Franklin’s Praise Channel 64 on Sirius Satellite Radio, agrees. “I love the sound of it,” she says. “The sentiment conveyed with simple, compelling piano and voice… so relevant to a point in life’s journey.”

The song is also resonating with listeners in the United Kingdom. “This song is great,” says London’s Premier Gospel Radio Station Director Muyiwa. “What a joy it was to receive this on Sunday morning,” says Mike Shaft who hosts a Sunday Breakfast Show on BBC Radio in Manchester. “I had had a really busy week and did not have time to search out any new songs. Had a listen to this before leaving home at 4:30 Sunday morning and I was delighted to feature it on the show. Amazingly, a guest later on in the show commented on air how good it was.”

The passionate track anchors Wilson’s forthcoming fifth solo CD “The One Percent” (EchoPark JDI Records Entertainment) that hits retail shelves and digital stores on June 17th. Wilson is lining up dates in support of the album and is already confirmed to perform at Reid Temple A.M.E. in Glendale, MD on June 8th, Praize Power 1350 WLOU’s Summer Fest in Louisville, KY on June 21st and The Jackson Music Awards in Jackson, MS on July 27th.

Wilson is also pastor of The Remnant Covering church that meets Sunday mornings @10 AM at The Kingsbury Day School, 5000 14th Street NW in Washington D.C. He also holds a @6 PM at Saturday evening worship service at 1800 N. Gay Street in Baltimore, MD.