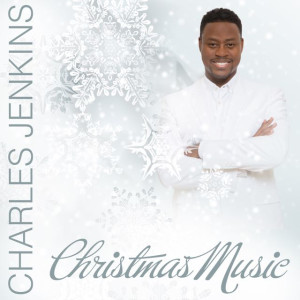 Billboard Magazine chart-topping recording artist Charles Jenkins – who is currently riding the Billboard Adult R&B and Gospel Airplay charts with his urban inspirational smash “Winning” – is not slowing down. Now, Jenkins has undertaken his biggest project yet by producing the hour-long musical television special “Holiday Praise.”

Shot before an enthusiastic audience at the historic Fellowship Missionary Baptist Church in Chicago, the show is hosted by Jenkins and features unforgettable performances of holiday songs by Grammy ® Award winning artists such as Erica Campbell and Dorinda Clark Cole. Crooner Deitrick Haddon does a soulful version of “The Christmas Song” while Jonathan McReynolds performs to the strums of a guitar while singing a spine-tingling rendition of “Mary, Did You Know?” Brian Courtney Wilson channels Donny Hathaway on his warm cover of the latter’s 1971 classic “This Christmas.” The program also features dynamic performances from hit makers such as Jonathan Nelson, Isaac Carree, Tasha Page-Lockhart, Donishisa Ballard, Dexter Walker & Zion Movement, as well as Charles Jenkins and Fellowship Chicago.

With Billboard Magazine No. 1 Gospel hits such as “Awesome” and “War” under his musical belt, Jenkins has also crafted a new holiday gem with the rhythmic, upbeat Stepper’s tune, “Christmas Music.” The infectious song has been serviced to both Adult R&B and Gospel radio formats. The song releases to all major digital service providers worldwide via Empire Distribution in the next few days and details will soon post to www.charlesjenkins.com.