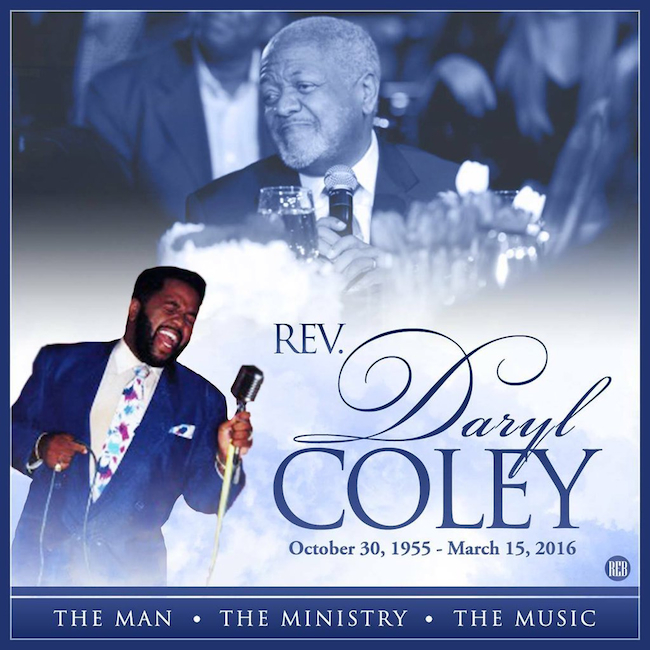 The 60-year-old vocal wonder was an innovator in Gospel Music, known for his intricate vocal riffs and jazz-like arrangements.

Known as “a singer’s singer,” Coley had been off the music scene for more than a decade after years of battling diabetes, which at one point left him temporarily blind. He spent his final days in hospice care, where his wife and family made sure he was comforted.

The hashtag #RIPDarylColey has trended on social media at least four times over the last year alone.

But the man behind classic church songs like “Beyond the Veil,” “He’s Preparing Me,” “Jesus Saves,” “I Can’t Tell It All” and “When Sunday Comes” with Donald Lawrence’s Tri-City Singers, made his transition Tuesday night around 8pm PT. 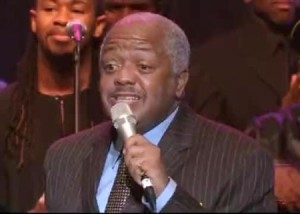 Having released eight studio albums and one Christmas CD; Coley leaves a catalog of music that will live on.

In 1992, Coley was a featured voice on Quincy Jones’“Handel’s Messiah: A Soulful Celebration.” On the “Hallelujah!” chorus from that project, Coley was able to shine in a breakout verse and adlibs, while singing alongside music greats like Gladys Knight, Al Jarreau, Chaka Khan, Johnny Mathis, Patti Austin, Marilyn McCoo, Stephanie Mills, Jeffrey Osborne, Richard Smallwood, Take 6, Vanessa L. Williams and others.

Coley leaves behind his family, friends and a host of industry peers and admirers.

Arrangements for funeral services have not been announced