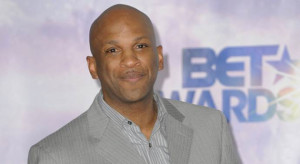 An encore airing will premiere around the world on BET’s International Network on Tuesday, June 30 at 9:00pm BST/10:00pm CAT and will air live on MTV Australia for the very first time (check local listings).

While our nation will be celebrating Independence Day on July 4th, The Donnie McClurkin Show will also be celebrating its 9th year on the air. To kick things off TDMS will be giving away one cabin for two on the upcoming Gospel Music Cruise March 6-13, 2016. The winner will cruise the high seas with Kirk Franklin, Yolanda Adams, Marvin Sapp, Shirley Caesar, Take 6, Tye Tribbett, Fred Hammond and hosted by Kirk Whalum & Regina Belle. The contest was announced on Monday, June 15 but for more details visit www.donnieradio.com .

Season eight of BET’s NAACP Image Award-winning gospel competition show Sunday Best returns with a special all-star edition featuring contestants from the last seven seasons picked by the viewers. It not only marks the return of the series’ most memorable contestants, but also its legendary host Kirk Franklin and superstar judges Donnie McClurkin, Yolanda Adams and Kierra Sheard, along with the help of singer and mentor Kim Burrell.