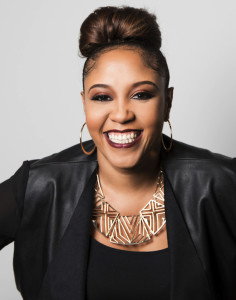 Houston based recording artist Cheryl Fortune is set to embark on her solo recording career with the release of her Lucius B. Hoskins produced debut single “Fighters” set to impact gospel radio January 2017.

“With this single I created an anthem for women that would offer A sense of hope, strength and boldness, states Cheryl.

Ms. Cheryl Fortune is widely known throughout the gospel music industry as a former member of GRAMMY-nominated and Stellar Award winning recording group James Fortune & FIYA. As the sound of the ensemble Cheryl lended backing vocals, co-wrote and lead vocal production on projects such as, LIVE THROUGH IT (2014), GRACE GIFT (2012), IDENTITY (2012), ENCORE (2010) and TRANSFORMATION (2008). Cheryl contributed backing vocals on other artists projects including Kirk Franklin (Hello Fear), Shirley Caesar (Good God), Zacardi Cortez (The Introduction, Reloaded), Bishop T.D. Jakes (Sacred Love Songs, Vol 2) and Isaac Carree (Uncommon Me). She recorded a song “Running To You” (composed by Terence Vaughn) for the 2013 released compilation project KINGDOM MUSIC, VOL 1 (FIYA World/Light) among many other compilation projects as well. Most recently she toured with Kirk Franklin on the 20 Years In One Night World Tour.

As a songwriter Cheryl is most notable for co-writing the Billboard #1 smash hit single “I Trust You” which maintained that position for 28 consecutive weeks on Billboard’s Gospel Airplay chart. She also co-wrote the song “Hold On” which features Fred Hammond and R&B singer Monica. Additionally, Cheryl wrote the current single “God Held Me” (Lucius B. Hoskins) recorded by Zacardi Cortez.

A vocal prowess full of grace, style and poise, Cheryl is ready for her next chapter in life through song with the ability to speak and help battered and broken women about overcoming and surviving all types of abuse, form of cancer, or any challenge life has thrown ones way.