On New Year’s Eve singer Fantasia gave a few words as the New Year approached.  She took to her Instagram page and denounced smoking weed and the biblical sins of gay marriage.  The response from Fantasia’s followers were swift — and the message was quickly deleted.

In it’s place, ‘Tasia posted an apology to her gay fans, while blaming her Instagram followers for misinterpreting what she wrote.  She captioned the message: “Sometimes you have to Lose to Win Again.” 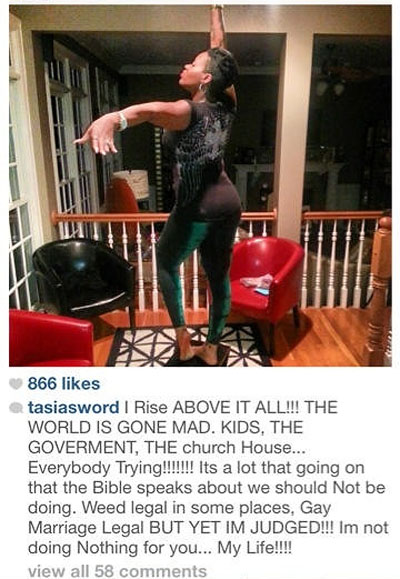 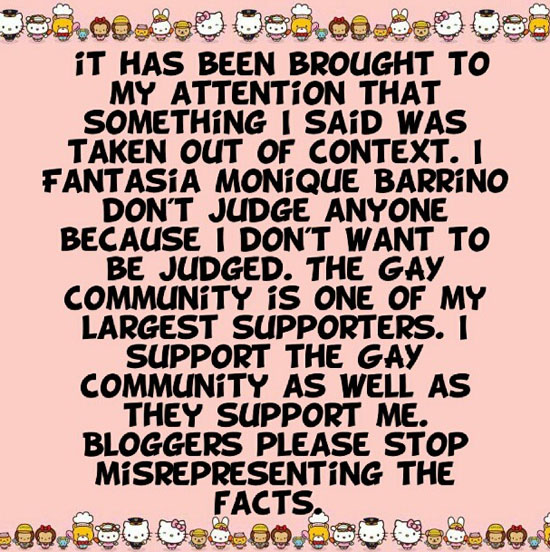