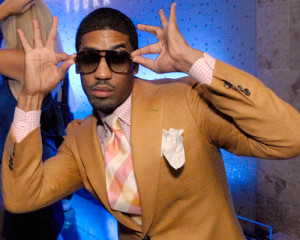 LIFT EVERY VOICE is back with a brand new host. Fonzworth Bentley takes the reigns of the half-hour, Sunday morning program featuring insightful testimonies from some of mainstream and gospel music’s biggest stars.

Lift Every Voice airs Sundays at 10/am EST.

Fonsworth is not worth being the host of lift every voice. Coco brother was the best…