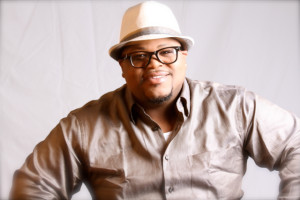 In 2012, Zacardi Cortez made a big splash with his best-selling debut CD “Zacardi Cortez: The Introduction” (Worldwide Music Inc.). The album peaked at #2 on Billboard’s Top Gospel Albums chart and earned him a Stellar Award nomination.

After a brief recording hiatus, Cortez is back in the studio and has recorded a soulful new song that is taking the gospel and urban AC radio airwaves by storm. The simple but dynamic piano ballad “1 on 1” was sent to radio programmers last week. It’s already one of the most added songs at gospel radio, gaining steam on urban stations and just landed in the Top 40 after one week in circulation.

“Zacardi is the best singer in America today,” says Worldwide Music, Inc. CEO Kerry Douglas. “I’ve been grooming him like I groomed James Fortune and Earnest Pugh,” he says. “Zacardi is my next superstar and I have no doubt that he will be one of the biggest artists the gospel world has ever seen.” 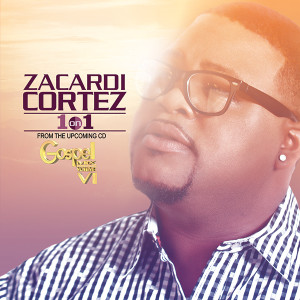 “The song is about spending one on one time with God,” says the Houston native. “We all go through those times when we just have to put everything else aside – turn off the TV, put the video game down, stop taking phone calls – and just concentrate on our relationship. It can be your relationship with your girlfriend, your child or God. We all need that one on one time with the ones we love to let them know that we do love them and that’s the real message of the song.”

The 27-year old rising star has been singing all of his life and began his career singing with his family, The Cortez Singers, and recording with his musical godfather, John P. Kee. He first gained notice as the lead on James Fortune & FIYA’s 2008 breakthrough hit “The Blood” and their subsequent #1 smash, “I Believe.” He’s as well known for his intricate vocal gymnastics and fiery hoops as for his smooth tone. He can sing it all, from gutbucket blues to polished pieces. His rousing track “One More Time” (featuring John P. Kee) spent six months on the Billboard Top Ten Hot Gospel Songs chart but “1 on 1” is poised to go all the way to the top.