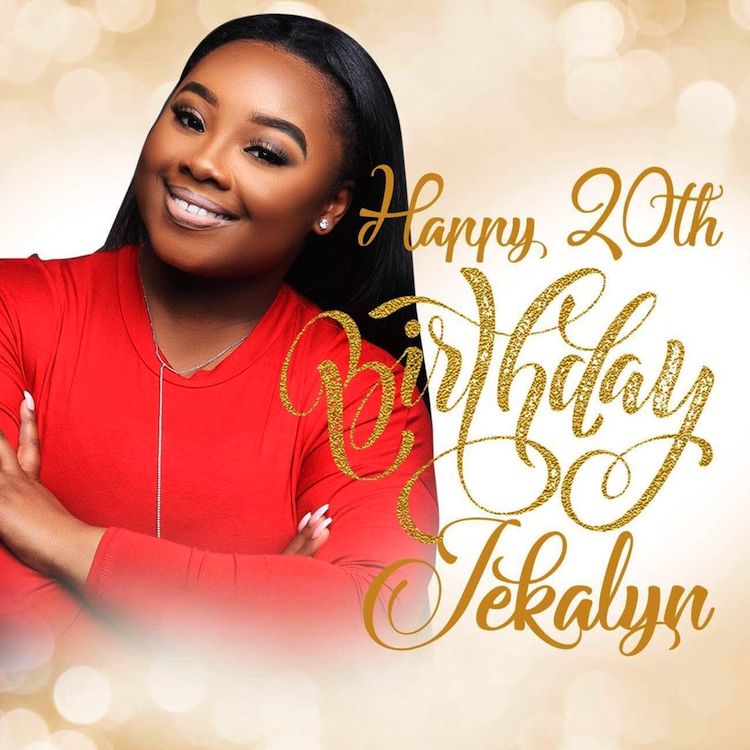 Guess what gospel star is not a teen anymore?

I first heard Jekalyn Carr sing when she was 15 years old. I was set up back-stage with my media pass around my neck and my camera on my shoulders, when I heard the sound of a powerhouse voice floating down the hallway.

I got back inside the main venue just in time to hear this young lady speak and preach with such conviction before going into her second musical selection. I could not believe the lungs on this young lady. She executed rifts and tones that seasoned singers can’t even do LIVE.

When Carr got backstage, accompanied by her parents, I got the opportunity to interview her. She frequently said yes sir, but she was humbly aware that people would be talking about her for decades to come.

As Carr outlined here plans for the future, I was excited that we have young ladies like this singing for the kingdom and not the world!

So I’d like to give a special birthday shout out to Ms. Jekalyn Carr who turned 20 years of age. May God continue to bless you and keep you.

Carr’s next album “One Nation Unto God,” is slated to be released Fall 2017. She will also appear in two upcoming featured films; a guest appearance in an upcoming episode of OWN’s TV series Greenleaf and she’s releasing her first book this Summer entitled, “You Will Win.” You can catch her now on the ‘Bloody Win Tour’ with Tye Tribbett and JJ. Hairston and Youthful Praise.