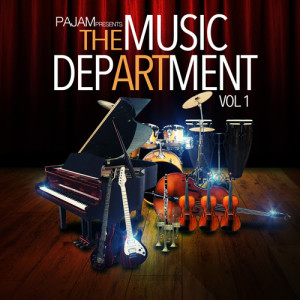 The Music Dept is a band of musicians with a contemporary edge. The groups EP will consist of easy listening jazz contemporary music and feature major recording artists, Faith Evans, Wayman Tisdale, J Moss, and others.

PAJAM presents The Music Department Vol. 1, will be released digitally on August 21, 2015.