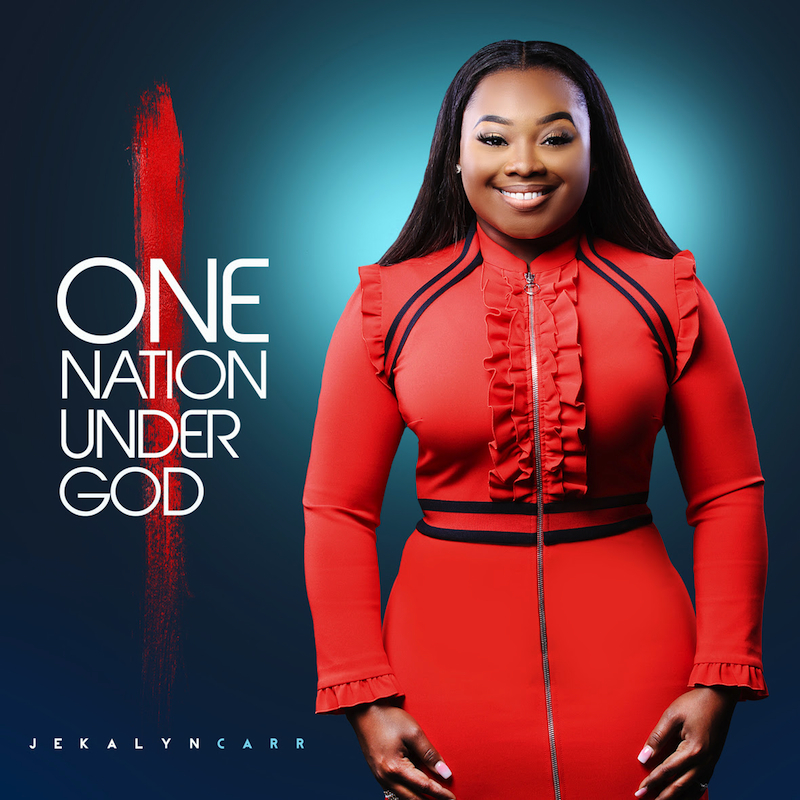 [It’s hard to believe that at 20 years old, this amazing woman of God will have four albums under her belt after the release of “One Nation Under God.”]

20 Year-Old GRAMMY®, Two-Time Billboard Music Award and GMA Dove Award-nominated and Stellar Award-winning independent recording artist, Jekalyn Carr, has just announced the release dates for her forthcoming live album ONE NATION UNDER GOD and first book You Will Win. Pre-Orders for both the album and book are available Friday, December 22nd.

“I believe that people should not live defeated or beneath who God says they are,” states Carr. “Through this book and album my inspiration is to reassure to the people that they are champions. I want to help people by releasing the winning message and pushing them to unleash the champion that’s on the inside of them.”

ONE NATION UNDER GOD, the highly anticipated, forthcoming 4th album is set to release on Friday, February 23, 2018 on her Lunjeal Music Group imprint and distributed by New Day Christian Distributors. This new release is a call for all of God’s people to unite, removing the limitations of race, religion, denomination, organization, location, gender, or class. Carr addresses how God desires to see His people, and how we should see ourselves – as one united body of believers.

ONE NATION UNDER GOD, is already shaping up to pick up right where the successes of its predecessor left off. Released on September 15th on all digital outlets, the album’s lead single, “You Will Win,” debuted at No. 1 on Billboard’s Gospel Digital Song Sales chart and is currently No. 4 on Billboard’s Gospel Airplay chart and is in the Top 10 on its Hot Gospel Songs chart this week.

WATCH JEKALYN CARR’S LIVE MUSIC VIDEO “YOU WILL WIN” BELOW:

Carr’s first book, You Will Win: Inspirational Strategies To Help You Overcome, is set to be released Tuesday, February 20, 2018. You Will Win is a collection of Carr’s most poignant and riveting exhortations, inspirational messages, pointers and strategies designed to promote a victorious life, in Christ. While out traveling the world, and ministering to the masses, Carr has sensed a strong desire among God’s people, for the tools necessary to live victoriously, in Christ. To that end, she felt compelled to create this printed resource that will provide Biblical and relevant insight for believers.

You Will Win challenges you to lay your hands on everything in your life that seems it’s been defeated and COMMAND it to WIN! You have the power and the authority to even speak to your SEASON and declare that you will NEVER have a season of defeat again because you are a WINNER!