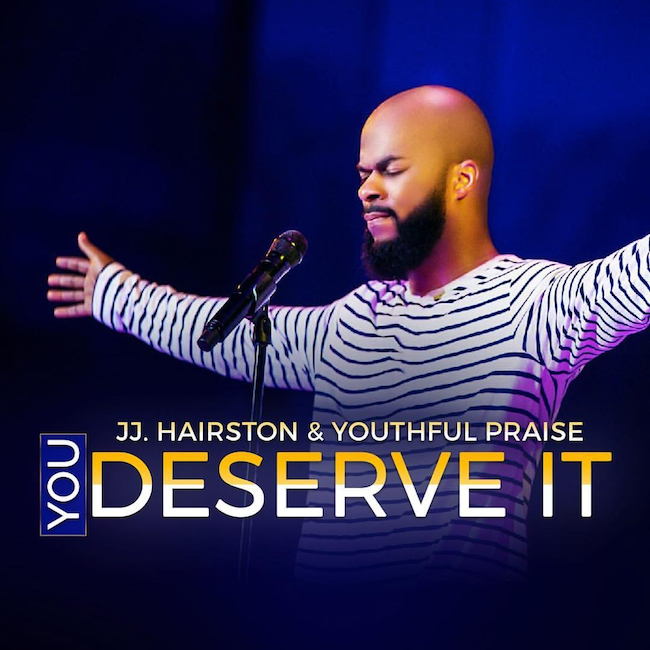 Stellar Gospel Music Award winning recording artist, J.J. Hairston of J.J. Hairston & Youthful Praise, has added another chapter to his book of success with the launch of his own recording label, JamesTown Music. “I’m excited about the launch of JamesTown Music and the vision God has given me not just for the sound of Youthful Praise but for other artists as well,” says Hairston.

JamesTown Music has also signed an exclusive distribution agreement with Nashville-based Entertainment One that will release J.J. Hairston & Youthful Praise’s first album under the new agreement in 2017.

The as-yet untitled live project (recorded at City of Praise Family Ministries in Landover, MD where Hairston is the Director of Music) celebrates the group’s fifteen years as a recording choir and will feature the new radio single “You Deserve It.” It’s an infectious worship song that will be available for purchase exclusively on iTunes now and all other digital service providers beginning August 15th.

The song is the fan-voted Pick Hit of the Week on the nationally syndicated radio program “The Willie Moore Jr. Show” and is currently trending in the Top 30 on the daily Nielsen BDS Gospel Airplay chart.

Formed in 1991 out of Turner’s Faith Temple in Bridgeport, CT, the group was originally known as Teens of TFT and served as the choir for the church pastored by Bishop J.C. White and Evangelist Gloria White-the parents of J.J.’s wife Trina Hairston. The group has recorded seven best-selling albums that feature Top Ten radio hits such as “After This,” “Resting On His Promises,” “Incredible God, Incredible Praise,” “Bless Me” and “You’re Mighty.”