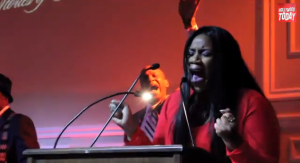 Ad-libbing to the new hit gospel song “BETTER”, originally performed by rising family group THE SHOWERS (who were the musical guests for the event) – the vocalists’ powerful impromptu duet came immediately after the family had delivered their own stunning rendition.

“Better” was released to iTunes on January 28 and peaked in the Top 30 on the iTunes Christian/Gospel Top 100 Chart. Written and produced by RCA Inspiration recording artist Deon Kipping, the song follows the group’s hit lead single ‘Praise Your Way Through’ which peaked in the Top 30 on the Mediabase Gospel Songs Chart with an accumulative listening audience of over 1 million ears.

The Showers’ self-titled debut album is slated for release later this year.

Watch the clip of Donnie McClurkin & Kelly Price below:

Listen to “Better” by The Showers: 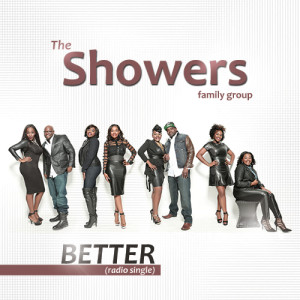 Comprised of ten real life siblings, The Showers are the latest family collective to take the gospel music scene by storm. Quickly likened to the genre’s prized family acts The Winans, The Hawkins, and more, the Louisiana natives first gained notoriety aboard the success of their top-selling 2009 independent debut album ‘Hear My Prayer’. Going on to land the group top industry honors from ‘Rhythm of Gospel’ to ‘En-Sound’ Awards, the album also courted acclaim from some of entertainment’s most endeared critics.

Their highly anticipated, self-titled follow-up album, due in 2014, will act as the group’s national debut. Led by the empowerment anthem “Praise Your Way Through”, featuring production from Bruce Robinson, Jr. (Justin Bieber, Fantasia, Joshua Rogers) and vocal production from GRAMMY® award winner Myron Butler (Tamela Mann, Marvin Sapp) and Shawn Willis, the song made its way through to the Top 30 on the Mediabase Gospel Songs Chart with an accumulative listening audience of over 1 million ears shortly after being christened Bobby Jones’ October “Power Pick of the Month”.