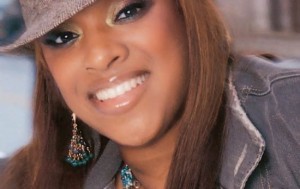 Season 6 of Centric’s hit docu-series, “BEING,” returns to chronicle the lives of six dynamic African American women, and their intimate stories of struggle, perseverance and success in the entertainment industry.

Each 1-hour episode will highlight one of music and entertainment’s most compelling figures, featuring never-before-seen photos, videos, revealing interviews and more.

On the premiere episode, Grammy Award-winning singer songwriter, Chrisette Michele, addresses her controversial decision to perform at the 2017 Presidential Inaugural Ball, which thrust her into the national spotlight. In an intimate sit-down interview, Chrisette reveals her personal motivations and struggles in the face of incredible backlash. She also recounts her tumultuous journey to restore a love that was almost destroyed by the music industry.

This can’t-miss episode of “BEING” will show that having the love and career of your dreams, can also come at a grand cost.

Kierra’s Life to be Chronicled on Centric’s “Being” |