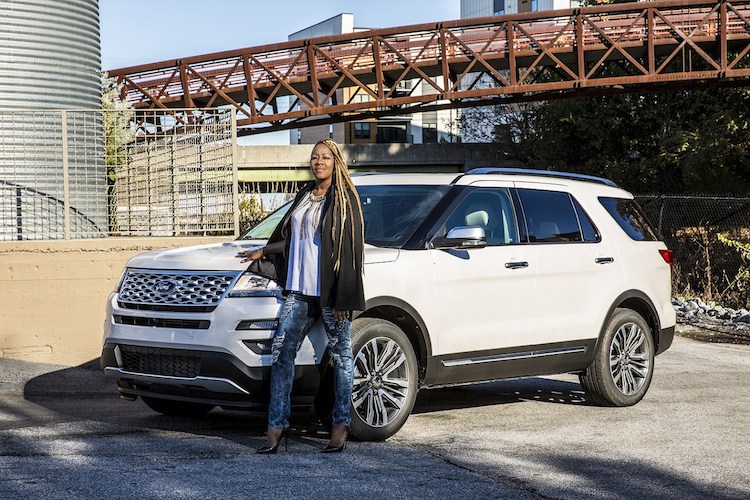 [Le’Andria Johnson won a Ford as a contestant on Sunday Best. Now the automotive giant is using her stardom to attract buyers.]

GRAMMY® and Stellar Award-winning artist Le’Andria Johnson is celebrating love, music, family and fans in a promotion this holiday season on a Ford Music campaign with Mid-South Ford Dealers.

Running now until December 31st, 2017, the campaign features the beloved vocal powerhouse in a new video sharing her journey in what inspires her to go further, highlighting her hit song “All I Got,” and an amazing sweepstakes promotion for fans in the region.

Empowering others with an uplifting message of love as a source of strength to go further, and highlighting the song’s chorus “Your Love is All I Got,” Le’Andria talks about her family, start in music, and fans, proclaiming love and gratitude to her fans and family for their bond and inspiration.

Check out Le’Andria’s message in the new video and further details about the Mid-South Ford sweepstakes promotion for fans here:

“All I Got” is Le’Andria’s latest single from her powerful album BIGGER THAN ME, with the song being a particularly special experience for Le’Andria during her recording of the album. “All I Got” continues to make an impact among fans and on Urban AC radio, where the single is #26 on the latest MediaBase Urban AC chart. Le’Andria also recently performed at the 2017 Soul Train Awards in Las Vegas.