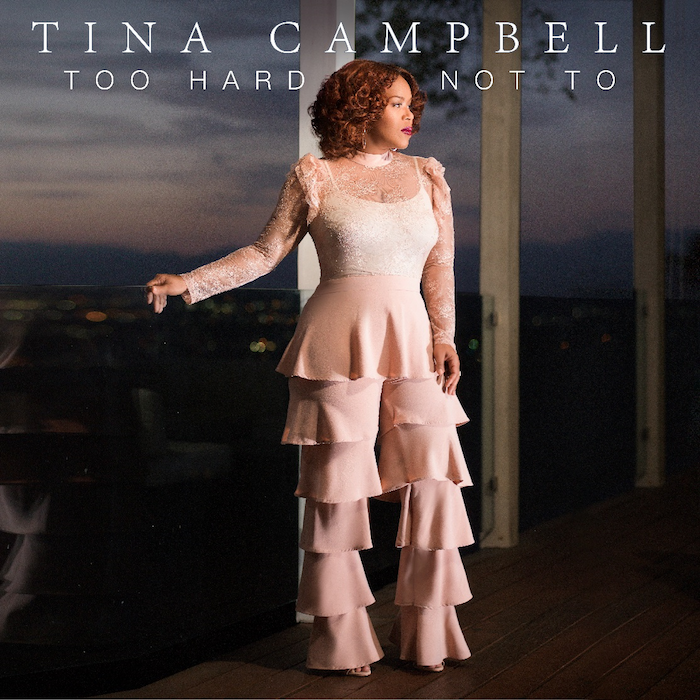 [Tina Campbell drops Too Hard Not To]

Along with husband Teddy Campbell and Grammy® winning producer Warryn Campbell, among others, Tina set out to create a series of new songs representing multiple musical genres, from the pop sounding, inspirational ballad, “Too Hard Not To,” to World Music/Caribbean sounds and Southern Gospel to Hip Hop and Urban Soul, to Praise & Worship, and even Country/Rock, all while shining a white-hot spotlight on her inimitable and powerful vocal range, and her ongoing impact as a songwriter/producer.

Multiple videos and new photo images were shot throughout the course of one exciting week in LA. Promotional dates coinciding with the long-awaited new single release and upcoming album are scheduled in the coming days with a full tour to follow later this fall. Cities included so far are Chicago, IL, Columbus, OH, Memphis, TN, Birmingham and Montgomery, AL, Atlanta, GA and other southern cities, New York, Washington, DC and Houston.

The creation and recording of It’s Still Personal will be highlighted throughout the upcoming Season 6 of Tina’s original hit WE tv series, “Mary Mary.”

“It’s a tremendous blessing to write and sing songs, and author books, and produce shows, and share my life, and communicate my faith, and fully be who I am and have the platforms on which to do so. My sole desire is to inspire, with God as my source of inspiration. I believe this new single and upcoming album, my returning reality show and web series, and all my endeavors, afford me the opportunity to do just that,” the singer stated.

Along with her husband Teddy, Tina currently co-hosts the couple’s popular web series, 10 Minutes with Teddy and Tina, a bi-weekly series discussing life, love, family and faith. The series has reached over 200,000 views and counting.  See below link from a recent episode.