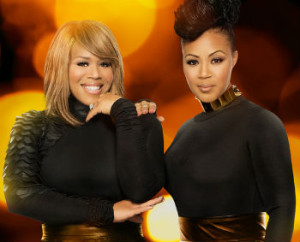 WE tv said Thursday night’s season-three return of original series Mary Mary approached the 1-million total viewers mark, up 62% over the season-two premiere of the show about singing siblings Erica Campbell and Tina Campbell, according to Nielsen Fast National figures that are typically subject to change.

“We’re extremely proud of this amazing viewer response to the return of Mary Mary, on the heels of the finale of our newest hit, SWV Reunited,” Marc Juris, WE tv’s president and general manager, said in a release.  “The network has strong momentum with both new and returning shows and it all starts with compelling programming viewers want to watch.”

Mary Mary ranked #2 on Social Guide among primetime cable reality shows for Thursday night, with Twitter comments up +20% over the season two premiere, WE tv said.

Mary Mary is produced for WE tv by Entertainment One (eOne) Television and executive produced by Tara Long, John Morayniss, Eric Hoberman and Howie Miller. Lauren Gellert, SVP of original production and development, and Kate Farrell serve as the executive producers for WE tv.