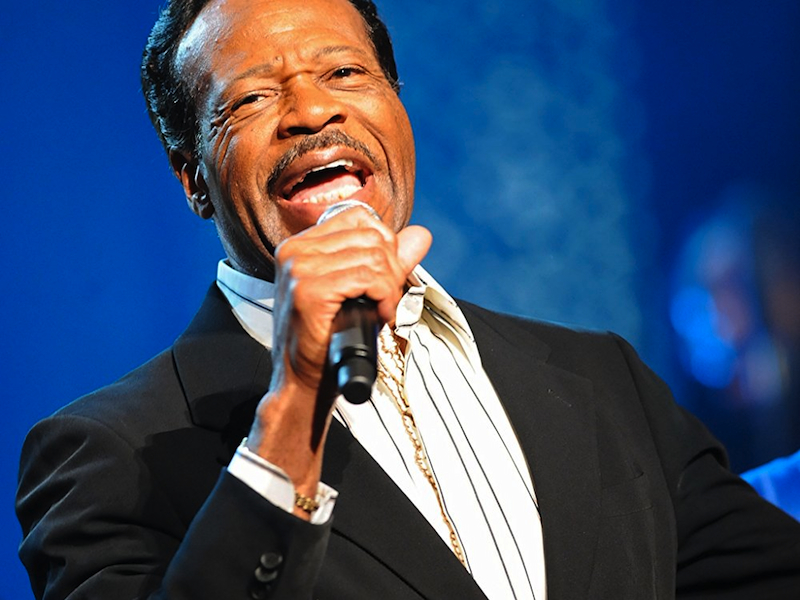 Edwin Hawkins, the four-time Grammy® Award-winning leader of The Edwin Hawkins Singers’ 1969 million-seller, “Oh Happy Day,” died January 15th at his home in the Bay area, after a bout with pancreatic cancer. He was 74 years old.

“It is with deep sadness that we announce the passing of Dr. Edwin Hawkins –– a celebrated artist, innovator, and music icon. Though he will be greatly missed the world over, the message of love, life, and encouragement that he incorporated into his music gives us all the same hope that we’ll join him in heaven and sing `Oh Happy Day.’” the Hawkins Family said. 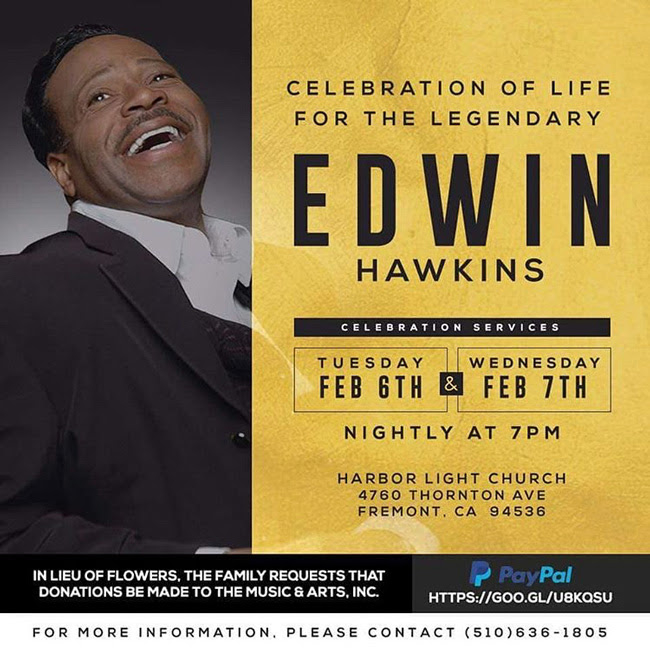 “Edwin Hawkins was not only a musical hero to me but he came to be a mentor and a close friend, “ said Grammy® winning singer/producer, Donald Lawrence.

“His group also had a huge influence on Richard Smallwood who has known Edwin since Richard was 19 years old.” Smallwood adds, “Edwin changed the face of gospel music and helped create a fresh sounding genre that spread around the entire world. He was a humble and kind spirit that not only encouraged others who were privileged to meet him, but also inspired millions to be daring in their creativity.”

One of eight children, Edwin Hawkins was born August 19, 1943 in Oakland, CA and raised in the Campbell Village projects. He discovered music early and began playing the keyboards in the Church of God in Christ (COGIC) denomination at the age of five. He and his friend, Betty Watson, co-founded the 46-member strong, Northern California State Youth Choir, in 1967 so that they could attend the annual COGIC convention. They recorded an album, Let Us Go Into The House of The Lord, to finance the trip. The 500 copies they ordered didn’t come in time for the trek but one of the LPs eventually fell into the hands of a rock music DJ, Abe “Voco” Kesh, at KSAN-FM Radio. He began to play the Hippy-Soul song in the Bay area and soon the song’s success spread East.

“My mother had an old hymnal and I had a knack for rearranging hymns,” Hawkins once said. “`Oh Happy Day’ was an old hymn and I rearranged it. It was actually one of the least likely songs to become a hit. There were some much stronger songs on there.” Record executive Neil Bogart picked up the song and distributed it through Buddha Records. “Oh Happy Day” reached No. 2 on the Billboard R&B Singles chart and No. 4 on the Pop Singles chart in 1969. Their rendition won them a Grammy in 1970 for Best Soul Gospel Performance. The tune has sold over 7 million copies to date and it established Hawkins’ career. I wasn’t planning to go into the music business and I wasn’t looking for a record deal,” he said in the book, Uncloudy Days: The Gospel Music Encyclpedia. “The record’s success decided my fate.”

Hawkins often toured with his younger and equally successful singing brother, Walter, and Walter’s then wife, Tramaine, as The Hawkins Family in the 1970s. Their energetic stage show filled civic centers and concert halls across the world, including D.A.R. Constitution Hall in Washington, D.C. Edwin Hawkins, with his group and as a soloist, continued to make gospel radio hits throughout the next two decades including, “Worship The Lord,” “God Will Take Care of You,” “Give Me A Star” and “To My Father’s House.” In recent years, Hawkins recorded occasionally and toured largely in Europe. He also sponsored the Edwin Hawkins Music & Arts Seminar to teach the next generation of musicians the business of music. “This is a sad day in music,” says Liz Black, midday radio host for WLIB, a gospel radio station in New York City. “I knew and loved Edwin Hawkins’ music even before I was in the church and I know that I’m not alone in that.”

In 2001, The Recording Industry Association of America (R.I.A.A.) ranked “Oh Happy Day” No. 63 on its Top 365 Songs of the 20th Century listing. The song has been covered by dozens of artists, including Quincy Jones, Johnny Mathis, Glen Campbell, Aretha Franklin, Jason Mraz, Susan Boyle, The Oak Ridge Boys and Elvis Presley.

Hawkins is survived by his siblings Carol, Feddie, Daniel, and Lynette. Funeral arrangements are pending.