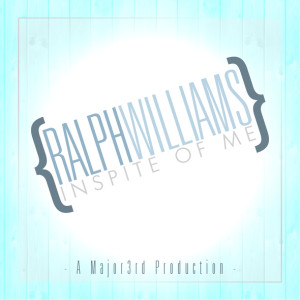 Major3rd Productions recording artist Ralph Williams releases his newest single “In Spite Of Me” written by Gerald Jones and Justin Francis and produced by Carlos Woodard today June 11 at iTunes and all digital music outlets.

The production imprint spearheaded by Gerald, Justin and Carlos – best known for their work with some of gospel’s top acts including Grammy nominated singer/songwriter Tammi Haddon, Stellar Award winning artists Darwin Hobbs and Lowell Pye, and Stellar nominated female trio Virtue signed the New York-based singer as their first act and have tentatively scheduled his third EP project for an August 2013 release.

Williams’, lauded for his 3 octave range and highly touted musicianship, first claim to fame was capturing the first place prize on LifeZoneTV’s “In The Mix Talent Search”. His victory there led him to work with some of the genre’s most noted artists such as Donnie Mcclurkin, Twinkie Clark, among more.

The buzz built from those ventures has made “In Spite of Me” an anticipated offering for this sensational artist’s 10,000 plus twitter followers. 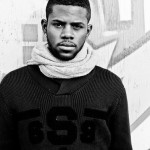 About Ralph Williams:
Ralph Williams is an acclaimed gospel singer and songwriter whose refreshing contemporary approach to gospel has critics touting him as one of the genre’s most noteworthy newcomers.

Readying his debut album for an summer 2013 release via Major3rd productions, the New York-born performer has built buzz for the forthcoming release via two well received EPs – “Born Again” and its follow-up Born Again Volume 2”.