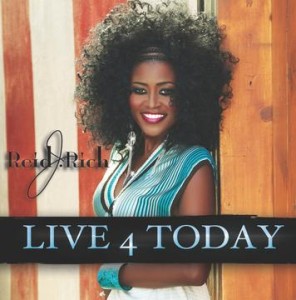 Well known Los Angeles based publicity maven, Reid Johnson-Rich trades in her PR status as one of the most progressive publicity reps on the west coast to become an Inspirational recording artist.

Infinite Scope PR agency, was founded by Reid Johnson-Rich in early 2005, and has been listed among the few L.A. based boutique PR agencies to deliver stand-out results. Reid is known for her expertise in media relations and has been the key person in the production of numerous high profiled events in the Los Angeles area. She has represented such names as hip hop icon MC Lyte, Emmy-nominated actress Kym Whitley, Sheryl Lee Ralph and reality star Omarosa to name a few.

“I’ve spent several years promoting the careers of others, lending and executing my creative ideas to move them to the next level and I have enjoyed seeing the fruits of that labor,” but when the opportunity was presented for me to go in the studio with Bruce “Automatic” Vanderveer, with the possibility of my own dream coming to pass, this was an irresistible opportunity and I took it!” said Reid.

This will not be Reid’s first entry to the music industry as a recording artist; she was signed to Interscope Records in the early 90’s as a member of the group “Three Shades Brown” an R&B/rap trio. The group released one album STRONGER THAN STRONG before pursuing other ventures.

Now emerging onto the faith-based music scene as Reid J Rich, with her new hit single “Live 4 Today”, Reid showcases a unique style of urban inspiration fused with the sounds of pop and a bit of techno. Her captivating beauty, inspirational lyrics and catchy hooks are causing a stir of excitement in both Christian and pop music.

“I love it! The sound is new and fresh and crosses all musical genres,” says Lady Charmaine, Program Director, Praise 98FM.

“I enjoyed working with Reid. She was open to creating a new sound to express her love for God. I become a better producer every time I work with her. She is creating a new wave of inspirational music,” explains Vanderveer.

It was Vanderveer and singer, songwriter and vocal stylist Ebony Rae Cunningham also of InRage Entertainment who collaborated to help to develop the distinct Reid J Rich sound. Ebony Rae who is Co-Chief at Curbside Vision is also credited for co-writing the single and several other songs on Reid J Rich’s forthcoming EP FROM AMONGST THEM scheduled to release June 2013.

“Reid brings her fun personality and soothing vocals to her project. She has taken every Christian’s mission of spreading the Gospel and added her own flavor!” When you hear the single, “Live 4 Today”, you will be motivated and inspired,” explains Ebony Rae. 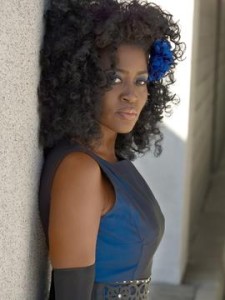 About Rich: Reid J Rich’s message of redemption, forgiveness and living an abundant life beyond past failures is consistent throughout each song on her forthcoming EP FROM AMONGST THEM. The third single “I am Here” is a heartfelt ballad proclaiming and assuring God’s very present help in the times of trouble. The song was picked up for a movie score before mastering was even complete. A snippet of the single will debut in “Hollywood Chaos” a faith based indie film written and produced by Angela Hutchinson, owner of BiH Entertainment and Hollywood and Vine Magazine and Olivia Entertainment starring Vanessa Simmons.

To learn more about Reid J Rich visit ReidJRich.com and connect with her on Facebook and Twitter.