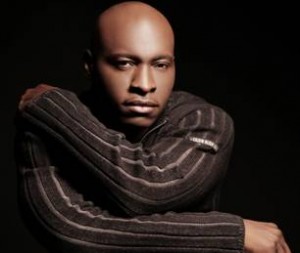 The Gospel Community in Washington, D.C. is well aware of the talents of Gospel crooner Rob Mercer. Known for his laid-back, but worshipful vibe, Mercer has been part of a number of compilations including his own and the 2011 DC United: Together In Unity project.

Having shared the stage with artists such as Yolanda Adams, Daryl Coley, Richard Smallwood and The Winans, Mercer has been honing his craft since the age of four. Now the songwriter and singer is breaking out nationally with his debut record entitled, The Photo Album, and it gives contemporary gospel music fans just what they’re looking for: a fresh sound in gospel music.

The new CD was borne out of pain and loss. After experiencing a divorce, Rob poured himself into his music. “I was in my room one day talking to God – actually complaining to God – about my current situation and how things could have ended like that, when I heard God say, ‘Instead of telling me your problems, talk about me. Talk about all that I have done for you,'” recounts Rob. He apologized to God and said, “God I don’t ever want you to see that type of picture of me again.” That one conversation was the impetus for the title of the CD, The Photo Album.

A musical collage of influences and experiences, the CD allows Mercer to share his love of God through 13 songs on the brand new release. The lead single is the acoustic guitar-driven “God Alone”. A soft and sweet track, “God Alone” puts the lover of God in a reflective place of worship. Penned by the artist during a challenging season, the song is simply a prayer from Rob to God. Beautiful vocal control and a captivating melody make this ballad worthy of lifted hands. Already moving up the BDS Gospel Chart, the song flaunts the stand-out vocals of the gifted singer.

Rob was positioned, as early as the age of four, to carry the message of the gospel through song. A current resident of Upper Marlboro, MD, and a native of Jacksonville, Florida, growing up, Rob became a regular opening act for many gospel greats including Rev. James Cleveland, Edwin Hawkins and Ron Winans. Upon entering Hampton University, his voice opened up opportunities, granting him the roles of President and Student Director of the school’s His Chosen Sound Gospel Chorale and a lead soloist with the famed Concert Choir. He’s been blessed to sing at the historic Kennedy Center in Washington, DC, at the Rev. Dr. Martin Luther King Memorial Dedication, also in the Nation’s Capital and in Johannesburg, South Africa.

The Photo Album is a culmination of all of Rob’s experiences and God-sent connections. With production from noted CCM recording artist Antonio Neal, Tyrone Johnson (Swizz Beatz), Ken Andres (Troy Sneed) and jazz extraordinaire Allyn Johnson, Rob’s prayer is that this CD’s melody and message inspire and change a generation. “To me it came down to a simple prayer,” expresses Rob. “Wherever I go in life, I want God to be able to take a picture of me that makes him smile.” For more information on Rob Mercer, log on to www.robmercermusic.com.