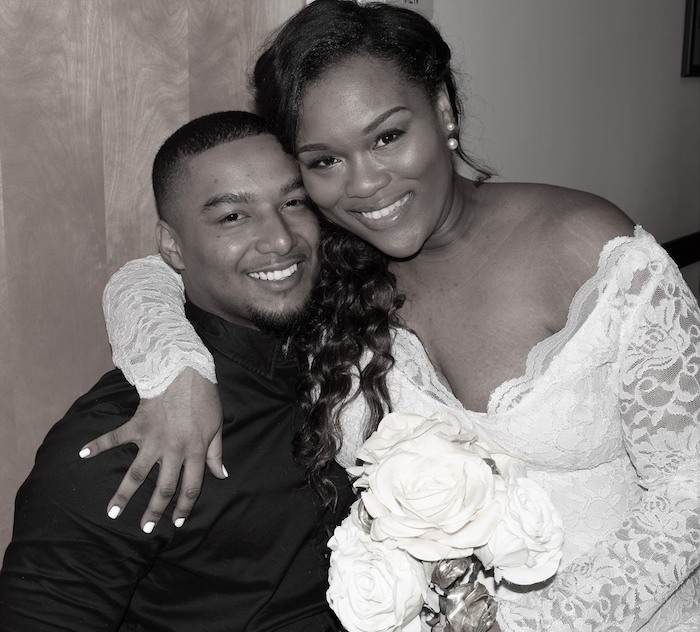 Stellar Gospel Award nominated singer Ruth La’Ontra has surprised her fans big time by announcing that she married Kashif Horton this past Saturday in front of about fifty witnesses.

“We are perfect for each other,” the 24-year old singer says. “We’ve known each other since we were kids. Our families have always been close and for the last year, we’ve been quietly dating and it’s been an awesome relationship so we decided to go ahead and jump the broom.”

The couple postponing a honeymoon because La’Ontra had to head to Washington, D.C. for rehearsals to play the Virgin Mary in the new holiday musical “The Uncut Coming of Christ” that premieres December 10th and runs through December 18th at First Baptist Church of Glenarden in Upper Marlboro, MD. It’s written and directed by Joshua Jenkins and co-directed by Grammy Award nominated recording artist Anthony Brown who composed the musical score.

Brown is also wrapping production on La’Ontra’s as yet untitled sophomore gospel album that will hit the airwaves in 2017. It will come on the heels of La’Ontra’s critically acclaimed 2013 debut project “So Good” (AL Jr. Music/Tyscot Records, LLC) that featured the radio hits “Count It All Joy” and “I’m In Love With This Man.”