Produced by The Dream Team of Oakland, Ca, the night was enjoyably electric. Patrons dressed in their finest of formals watched moving tributes to Dr. Hawkins from international and local stars alike.

Grammy, Dove, and Stellar award winner, Lady Tramaine Hawkins sang “Your Everything to Me” while lovingly recalling the trials she and her brother faced traveling the world in a time where Blacks were sometimes not accepted. There were many closed doors that the universal language of music opened for the two, whose career has spanned over 50 years.

The Celebration Choir and band transformed The Oakland Inter Stake Center into Gospel’s greatest stage, with awe-inspiring musical arrangements of Dr. Hawkins’ songs performed by the decade. Members of the Original Hawkins Singers were among stellar performances by San Franklin and Nikki Potts. VaShawn Mitchell also got the crowd moving with his interpretation of “You Know Lord.” Original Hawkins Singer, Bishop Yvette Flunder resurrected the spirit with a bone-chilling performance of “I Love You” from the Love Alive III album.

Determined not to miss this special occasion, Daryl Coley who is suffering from recent illness, offered one of the highlights of the night singing “I Need Your Spirit” from his seat. Pastor and Grammy-award winning Beverly Crawford stepped out and made it her stage to the delight of the audience and thanked Dr. Hawkins for being an influential individual and a trendsetter in the Gospel industry. 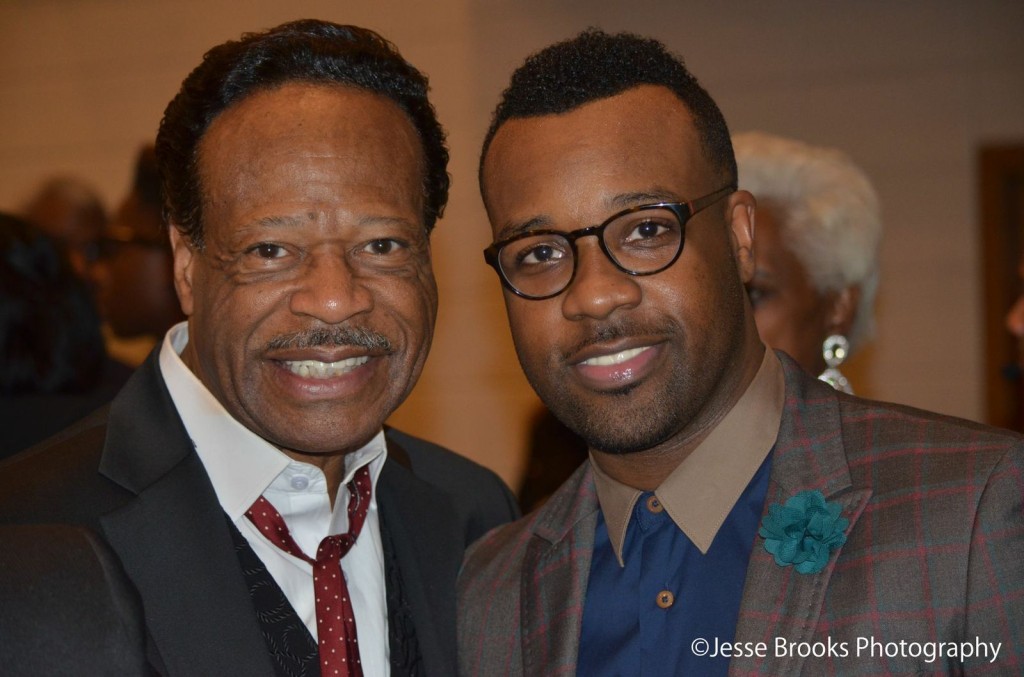 Giving thanks was the secondary theme of the evening. The Dream Team, led by DeShawn Littles and Jacquelyn Jenkins, harmoniously used this momentous occasion to honor those in the San Francisco Bay Area who have given time, dedication, and service to the Bay Area Gospel music scene. Tearfully, Robin Hodge-Williams accepted her Edwin Hawkins Award thanking Hawkins for the mega-hit, “Oh, Happy Day,” the first musical piece she learned. Other honorees included, Steven Rucker for Composition, Lionel Holoman for Musicianship, and Robin Williams, director of Peace Gospel Choir, for 30 years of consistent musical service.

Dr. Edwin Hawkins humbly took to the stage and thanked The Dream Team, artists, his international fans, and those who sent Birthday messages and wishes that were read during the event from inspired artists like Hezekiah Walker, Andrae and Sandra Crouch. In the words of one of many of Dr. Hawkins’ celebrated hits, “Thank You Lord!”