From stars on the Hollywood Walk of Fame, to 17 Grammy’s among them, BeBe, Marvin & Carvin Winans (3 Winans Brothers), have always been innovative in their music, their business savvy, their incredible groundbreaking shows, and more.

The brothers have come together for the first time to create their supergroup, 3 Winans Brothers, and have just wrapped shooting their brand new music video, for their hot single (produced by Daniel Weatherspoon & Remixed by Warryn Campbell), “Move In Me.” The music video is high energy from beginning to end, featuring the group with a few of their celebrity friends on set, including Mike Tyson, Sugar Ray Leonard, MC Hammer, and Terry Crews. The fun-loving music video shows another side of the multi-Grammy winning stars in a boxing competition/turned “dance-off” with their legendary co-stars.

“Only the Winans family can bring this together because they’re basically like the Jacksons, when they call you come” says Terry Crews of the music video cast. Kevin Frazier and The Insider did an exclusive behind the scenes segment on the set of the video, interviewing each of the stars involved. Frazier, who heralded the cast as delivering a “knockout performance” said, “Michael Jackson may have reigned as the king of pop but the Winans remain as the first family of gospel.” 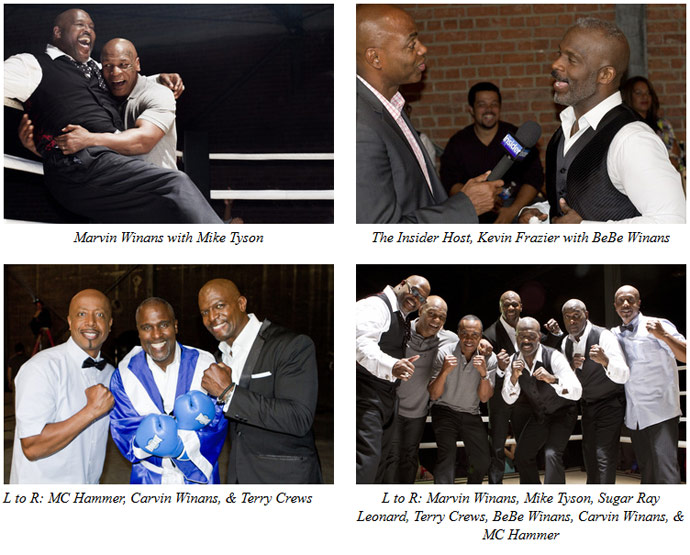 The video releases later this month and the highly anticipated debut album from 3 Winans Brothers is set for a fall 2014 release.

View the Insider Exclusive segment with behind the scenes footage of the “Move In Me” music video shoot here: