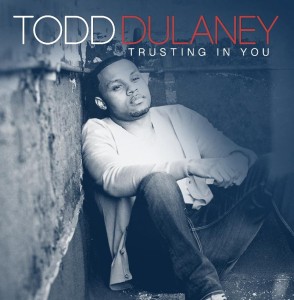 Since releasing his 2012 Stellar Award Nominated project, Pulling Me Through, Todd Dulaney has been busy sharing his heart through song and preparing new music to encourage the Body of Christ.

Along with the success of Pulling Me Through, an overwhelming number of comments have poured in requesting “New Music” from this Worshiper, Singer and Songwriter.

Todd has received new music requests while touring and from followers on various social media sites.

Grateful for all of the love and God’s favor, Todd is excited to now deliver an Exclusive Musical Treat to his supporters and beyond.

On Tuesday, September 10th, Todd Dulaney will digitally release the new song “Trusting In You” on iTunes from his forthcoming project.

“Trusting In You” will be available for download on iTunes and aired on several key Gospel Entertainment media sites and radio stations.