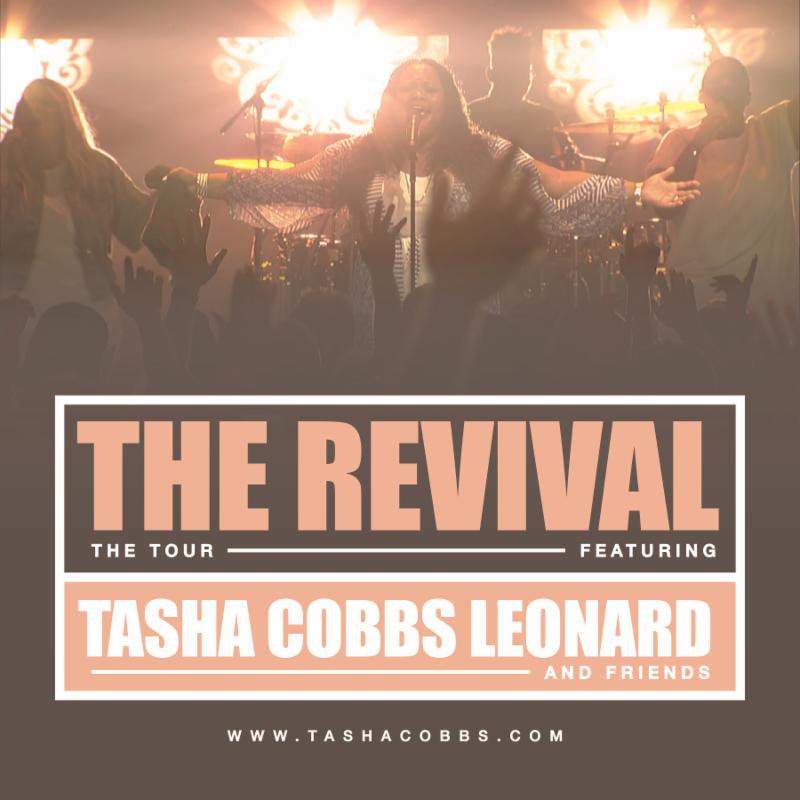 Tasha Cobbs Leonard, best-selling gospel artist of the past year, announced the launch of The Revival Tour today. The highly anticipated tour begins November 1, in Atlanta, GA with nine additional dates across the country including Charlotte, Atlanta, Philadelphia, Dallas, Washington DC, Baltimore, New York City. A full list of dates and venues is below.

An exclusive fan pre-sale will start tomorrow Tuesday, August 21 at 10am ET. Subscribers to Tasha’s email list will receive a pre-sale access code to purchase tickets early. Fans can sign up for the email list today at TashaCobbs.org. Tickets will go on sale everywhere starting Friday, August 24 at 10am ET.

Cobbs Leonard has continued to elevate her music ministry since her debut in 2013, which earned her a GRAMMY Award. In 2017, she released the critical and consumer-acclaimed album HEART. PASSION. PURSUIT. It was the top-selling new album of the year and was propelled by exceptional performances on Good Morning America, Black Girls Rock, The Stellar Awards and The Dove Awards. From it, Tasha earned 2 Billboard Music Awards, an NAACP Image Award nomination for Outstanding Gospel/Christian Album, a BET Award nomination and 5 Dove Award nominations, including top honors Artist of the Year and Gospel Artist of the Year. Cobbs Leonard was also named the Top Gospel Streaming Artist of 2017, having set a record for the most streams in one week in gospel music history.