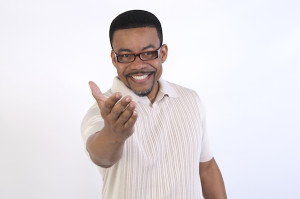 Veteran radio broadcaster Lonnie Hunter’s popular, award-winning midday program “The Lonnie Hunter Show” has moved into the coveted 3-7 p.m. afternoon drive time slot. The show began in August 2007 at Philadelphia’s WPPZ 103.9 FM as a local program and was then syndicated by Radio One in 2008.

The Chicago native enjoyed a stellar career prior to venturing off into radio. Hunter served as an U.S. Air Force sergeant and was once a corporate trainer in diversity training, time management and effective leadership. He was also a Luster Hair Care runway/print model and a noted choir conductor for The Voices of St. Mark Choir that recorded three albums for Malaco Records. From the late `90s to 2002, Hunter co-hosted Chicago’s #1 gospel program with John Hanna. Their morning show on WGCI 1390 AM was a mandatory stop for every major gospel act traveling through the Windy City.

After leaving Chicago radio, Hunter moved his wife and children to the Philadelphia area where he became the Pastor of Worship at the 26,000-member mega church, Bethany Baptist Church in Lindenwold, NJ. In 2011, Hunter returned to the recording scene with the Top 10 CD “I’m Back” that spawned two Billboard Hot Gospel Songs radio smashes “I’m Back” and “Anyway.”