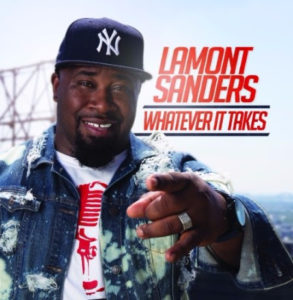 Gospel Artist, Lamont Sanders desires for you, to declare and do “Whatever It Takes” to pursue and praise God, in every season.

This anointed and talented artist, has been pushing this powerful message and confession, of doing “Whatever It Takes”, from his belief, that our words plus actions, have power.

Lamont Sanders expressed his belief during an interview and performance of new single, “Whatever It Takes” on, The Dorinda Clark-Cole TV Show.

“People may say, it don’t take all of that, but He’s been that good, it takes All of that!”-Lamont Sanders