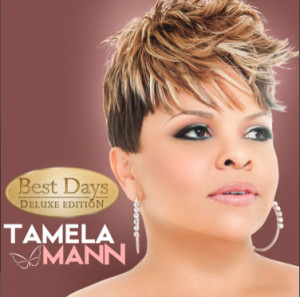 GRAMMY®-Award Nominated Vocalist TAMELA MANN appeared on ABC’s The View Tuesday, April 22 singing her mega-hit “Take Me To The King” for her friend Sherri Shepherd in celebration of her birthday.

Along with Tamela’s intimate studio performance, which brought Shepherd, guest host Jawn Murray and the studio audience to their feet, she and husband, actor/comedian David Mann presented Shepherd with a gold record plaque recognizing more than 500,000 units sold of the Best Days CD and No. 1 single.