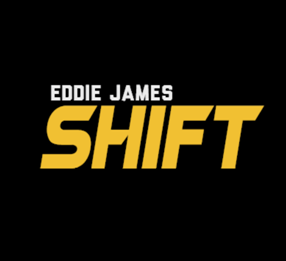 Known for his moving and spirited God-directed songs, gifted worship leader Eddie James is bringing a new generation of worshippers with him into the presence of God.

A national-charting singer known for his gospel-influenced work with the Phoenix Mass Choir, Eddie James is one of the genre’s most diverse artists. He continues to thrill the God-lover, now with a brand new release, a long-awaited, highly-touted project called SHIFT. The new release is available on iTunes and is in stores now.

The 16-song, double disc effort combines two projects in one, allowing the listener to enter Eddie’s personal time of praise and worship through a stunning array of songs. Showcasing James’ undeniable musical talents, the project flaunts his idiosyncratic style, which is unmistakable on this project. SHIFT is a unique fusion of Gospel laden with R&B overtones highlighted with elements of jazz and rock influences, all producing a new and captivating sound.

Ministering alongside greats like Bishop T.D. Jakes, Dr. Tony Evans, Dutch Sheets, Sid Roth, Mark Chironna and many others, Eddie James’ calling has always been as a psalmist/songwriter, clearly an assignment that remains on his latest endeavor, SHIFT. Disc One entitled Fire contains songs like the lead single, “That Same Spirit”. Already blazing up the charts, the riveting and bold single is a fiery praise anthem. Merging urban styling’s and Contemporary Christian influences with an “in-your-face” message, James takes hold of the truth in the upbeat, foot-stompin’; fast moving track. The lyrics are a spirited reminder of all we possess in the presence of God. The CD’s title tune, “Fire”, is another up-tempo, sizzling track. Disc Two, Awakening, contains the title tune, a rhythmic, rock-edged song. SHIFT is a rare combination of deep worship coupled with declarations of praise. Backing James on the record is Ultimate Call, Eddie’s diverse and musically-gifted worship team.

The new double disc comes on the heels of the acclaimed FREEDOM: LIVE FROM THE RAMP which featured the power singles, “I Am” and “Freedom”. He has truly made his mark on the music scene both as a prolific songwriter as well as a passionate worship leader. Eddie James, who has been singing and ministering since his youth, has impacted thousands of lives with a message of freedom and restoration.

He’s currently on tour with upcoming engagements at the Bronx Awakening and Block Party August 15-18 and The Ramp (Hamilton, AL) on August 23-24, 2013. He will spend September in Europe and finish the year with trips to Lagos, Nigeria (The Experience), Uganda (R.I.O.T. Conference) and Israel in December.

For more information about Eddie James, log on to www.ejworship.org or download the Eddie James Media App.