Pop singer Rihanna is a self-professed Christian, and loves to illustrate that on her body. The 25-year-old singer from Barbados, recently received a cross on her forearm from popular New York City tattoo artist Bang Bang who has also famously tattooed Justin Bieber.

Rihanna is said to have over 20 tattoos on her body, many of them with spiritual meanings. She previously spoke to Oprah Winfrey about what some of her body art means to her. 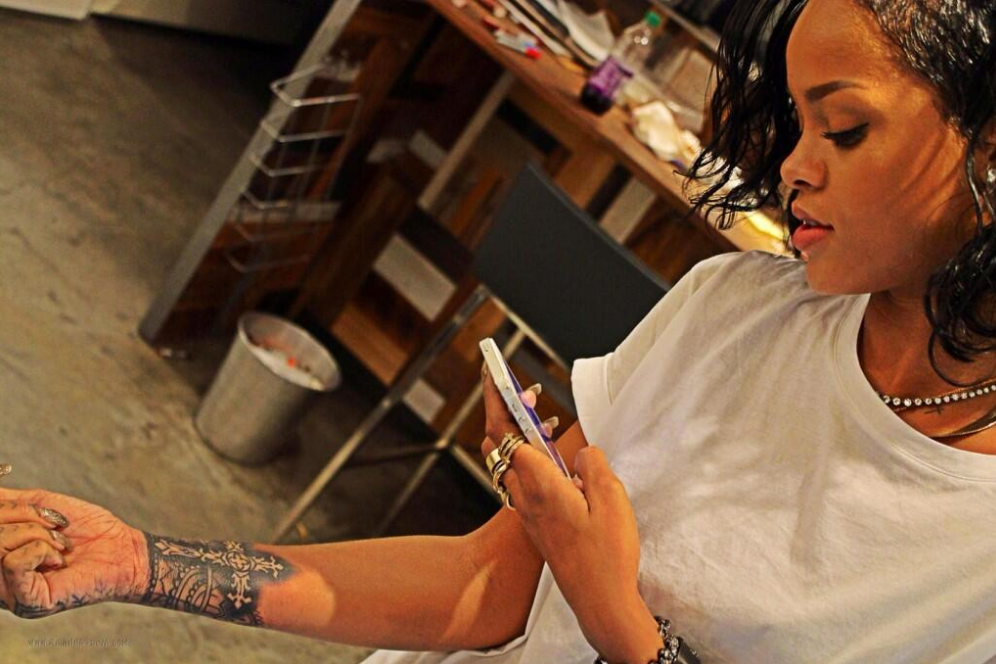 The singer also showed Winfrey the cross on her collarbone, that Bang Bang also did for her in 2012.

“We did a very fine small cross directly on her collarbone. [Rihanna] said her cross meant a lot to her and she totally loved it!” Bang Bang previously told The Daily Mirror.

Aside from crosses on her collarbone and forearm, Rihanna has at least 20 tattoos which include a Maori design on her right hand, a Goddess Isis tattoo on her chest and a gun shaped Falcon on her ankle. The artist has been vocal about the form of body art intriguing her for some time.

“I like hanging out in tattoo shops”, Rihanna told Atlanta Peach Magazine in 2007. “I am so intrigued by tattoos. It’s an entire culture, and I study it. Sometimes I go with friends, or just by myself. I get bum-rushed, but I don’t care. I don’t take security.”